A special issue for these challenging times.

In March, as the coronavirus spread with frightening speed, the magazine staff realized we could not simply proceed with a regular summer issue. National park closures and stay-at-home orders made it very difficult to report and photograph stories. We also wanted to acknowledge that our world was transforming, and so many people were dealing with grief, shock and the challenges of more confined lives.

We decided to produce a special edition, turning to our archives to find previously printed stories that inspired hope, highlighted human perseverance, underscored nature’s resilience, and reminded us of beautiful places and the kindness of people. We were drawn to “Early Birds and Night Owls” because of the fitting focus on the wildlife just outside our windows. “Sketching the Smokies” revisits a beloved park and reminds us of the renewal that always unfolds as winter melts into spring, an apt metaphor. “What Lies Beneath” offers an uplifting glimpse into underwater parkscapes. In “The Voice of Glacier,” Ranger Doug Follett shares his poetic reflections on five decades at Glacier National Park. “The Retirement Cure” shines a light on a couple making the most of retirement by working as full-time seasonal national park volunteers. “Nature Fix” highlights Ambreen Tariq’s Instagram account, @BrownPeopleCamping, and her effort to make public lands more welcoming to all. “The Old Man of the Lake” asks how a giant hemlock has managed to float upright in Crater Lake for more than 100 years. In “The Space Between Things,” a writer reflects on her drive to return to the Grand Canyon again and again.

Frederick Douglass circa 1855. His home in Washington, D.C., tells the story of a man who overcame enormous obstacles and paved the way for others to do the same.

Ranger Doug Follett leads a boat tour on Glacier National Park’s Lake McDonald in the spring of 2008. His career at Glacier began in 1942, and he became a seasonal ranger in 1961.

Marble Canyon in the eastern part of Grand Canyon National Park. Writer Kate Siber first traveled to the park when she was 10 and has returned many times since.

The feature about Richard Proenneke, who lived alone in the Alaskan outback for 30 years, was an obvious selection (“Reflections on a Man in His Wilderness”). Many of us are nurturing our own escape fantasies or are suddenly curious about surviving off the grid. But what’s so stirring about these remembrances is that they are about human connection. Self-sufficiency is a virtue, but we also need each other. That has never seemed more true than it does right now.

Finally, “Renaissance Man” traces the inspiring life story of Frederick Douglass, who escaped slavery and went on to become one of the great leaders of his time. When we chose the piece months ago, we didn’t realize how profoundly his famous admonishment — “Agitate! Agitate! Agitate!” — would resonate today. Since the issue went to press (and I wrote the version of this letter that ran in our print edition), the world has continued to spin at what seems like faster and faster speeds. George Floyd was killed by a Minneapolis police officer. Protests broke out around the country and the world. A movement for racial justice has begun to coalesce, and the cry that Black Lives Matter grows ever louder. Theresa Pierno, NPCA’s president, wrote in a blog post that “NPCA stands with communities of color against these unspeakable acts of violence and pledges to continue to work with people of every color toward the ideals of life, liberty and the pursuit of happiness, including safe outdoor spaces for all.” The magazine will continue to publish articles exploring the intersection of public lands, conservation, climate change and racial justice and to work on elevating the words and images of people of color. As always, if you have ideas about coverage, stories to pitch or feedback, please contact us at npcamag@npca.org. 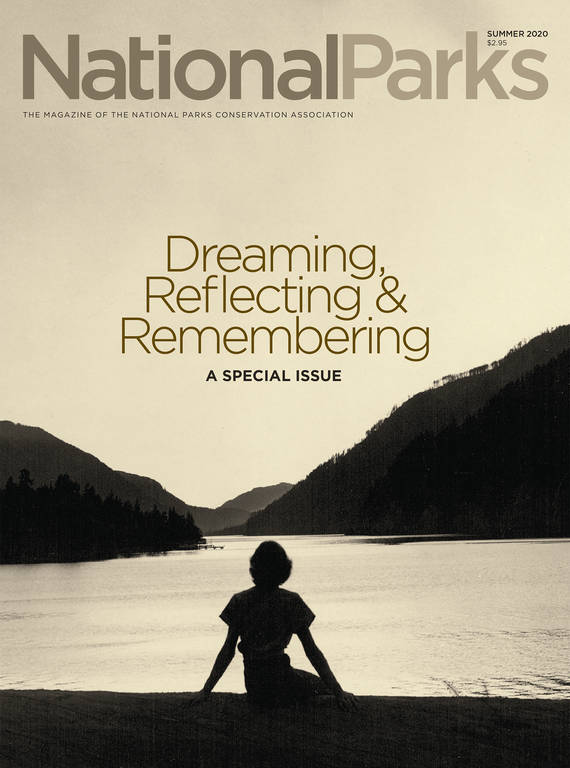 This article appeared in the Summer 2020 issue