The Old Man of the Lake

By Kevin Grange
Fall 2011: The Old Man of the Lake

How has a giant hemlock managed to float upright in Crater Lake for more than a hundred years?

According to Native American legend, an epic battle occurred one night in southern Oregon 7,700 years ago. Standing atop Mount Mazama, spurned by the daughter of a local chief, Llao, god of the underworld, spit magma and shot superheated steam miles into the sky. Skell, god of the world above, fought back by pitching pyroclastic fireballs from California’s Mount Shasta, blowing the massive summit of Mount Mazama to bits. By dawn, Llao was driven back underground; Skell honored the victory by filling the massive caldera with water, creating Oregon’s Crater Lake.

Since then, strange stories have hovered above the area like a chilly Northwest fog. People have spotted ghostly campfires on uninhabited Wizard Island, and visitors to Crater Lake Lodge still tell stories of eerie occurrences in the night. Despite these tales, the park’s most famous phenomenon appears during the day: An ancient hemlock tree, known as “the Old Man of the Lake,” has been floating completely upright for more than 100 years.

The first written account of the Old Man appeared in 1902, the year Crater Lake was named a national park. While reporting on the cataclysmic events that shaped the area, geologist Joseph S. Diller mentioned seeing the miraculous stump six years earlier near Wizard Island at Crater Lake’s west end. The Old Man’s sun-bleached and splintered head and torso floated nearly four feet above the water. His lower body descended 30 feet into the depths, and his waist was two feet in diameter at the surface. 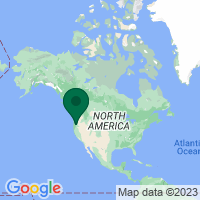 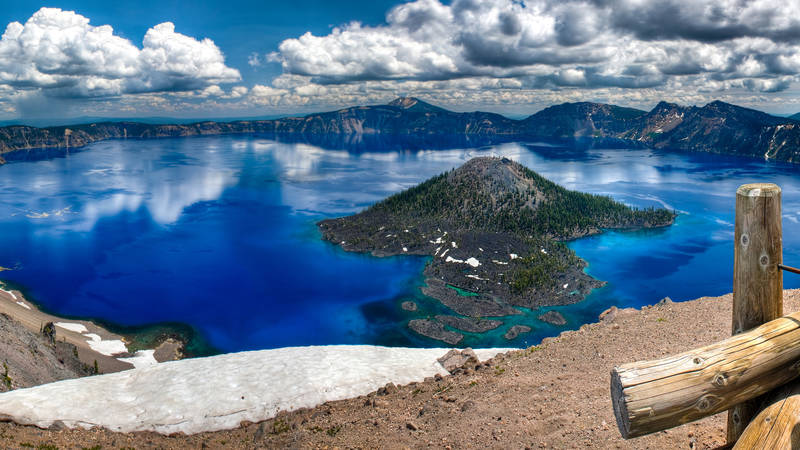 Crater Lake sits in a rugged portion of the Cascade Range and is famous for its deep, jewel-blue water. An impressive 20-mile ring of cliffs encloses the basin and adds…

Appearing to be rooted and yet, still moving, the Old Man seemed to defy the laws of physics. In 1929, William Gladstone Steel, known as “the father of Crater Lake” for pushing Congress to designate it as a park, mentioned seeing “the great tree, broken squarely off and floating upright.” In 1938, park naturalist John Doerr spent three months tracking its travel patterns, noting “the Old Man travels extensively and, at times, surprisingly fast.” Between July 1st and Sept 30th, the Old Man logged more than 62 miles and, on one particularly windy day, traveled 3.8 miles. In the years that followed, the Old Man became a local celebrity, and a legend rose up that he controlled the weather. Naturally, the scientists who helicoptered a small submarine into the lake in 1988 to study the geothermal activity downplayed such an idea. To them, the Old Man was a navigational hazard, so they tied him up near Wizard Island—but the moment they did, the sky grew dark, and a storm blew in. Humbled, the scientists quickly released the Old Man, and moments later, the skies miraculously cleared.

The initial belief was that a landslide on the crater wall carried the Old Man into the lake, and rocks wedged in an expansive root structure stabilized its base. Such an explanation made sense, for at Spirit Lake near Mount St. Helens, hundreds of trees have been floating upright ever since the eruption in 1980. But these trees follow a typical pattern: They have a large root structure, float for a number of years, and eventually sink to the lake bottom. Why hasn’t the Old Man sunk? Why hasn’t he eroded? And how, despite having no significant root structure, does he stay balanced?

When Ranger Dave Grimes leads his boat tour on Crater Lake, he doesn’t jump aboard the massive conifer like rangers in the past, but often steers the boat over to pay a visit. Up close, the Old Man is an example of perfect balance—between movement and stillness, darkness and light, earth and sky, Llao and Skell. And then there’s the matter of depth. You could stack the Eiffel Tower, Statue of Liberty, and Washington Monument beneath the Old Man and still not reach the lake’s deepest point of 1,943 feet. “It takes people a few moments to register what they’re seeing,” says Grimes, “but once they realize that this log has been floating like this for over a hundred years, they’re amazed.”

Grimes credits Crater Lake’s clean, cold water for preserving the tree and the higher density of the submerged part for keeping it balanced. Based upon initial carbon dating, Scott Girdner, an aquatic biologist with the park, says the Old Man is at least 450 years old but he isn’t sure how long it’s been floating in the lake. For the staff, the Old Man is much more than a floating log. “He has character, a story, and history that is part of the park,” says Girdner.

While some tourists find the Old Man eerie, Grimes has a different experience. “For me, the Old Man is a calming presence,” he says. “He is blown by the wind, but he’s not rocked by the waves.”

This article appeared in the Fall 2011 issue