Lay out a blanket after the sun goes down and see a clearer view of the universe at these designated dark-sky parks.

National parks are some of the best places in the world to appreciate dark night skies because the National Park Service works to protect these places from the increasingly prevalent effects of light pollution. 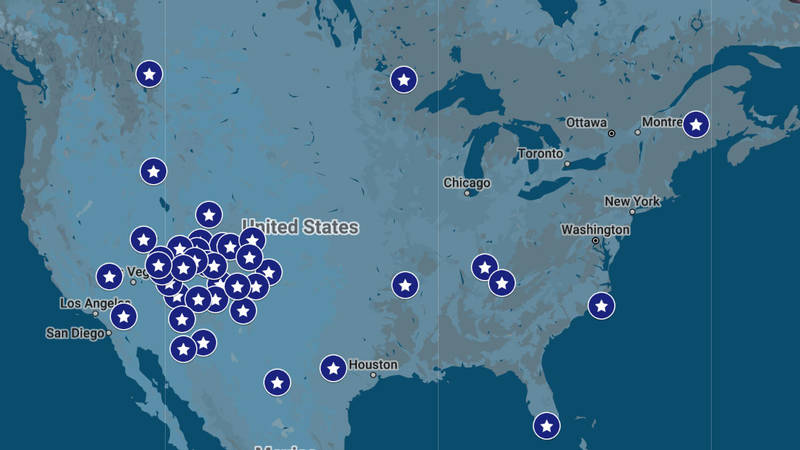 These 27 national parks have been recognized by the International Dark-Sky Association for their dark night skies.

These 27 national parks have all earned designations as International Dark Sky Parks and Sanctuaries. This distinction recognizes “an exceptional or distinguished quality of starry nights and a nocturnal environment that is specifically protected for its scientific, natural, educational, cultural heritage, and/or public enjoyment,” according to the International Dark-Sky Association.

Looking for vacation inspiration? Many of these parks have astronomy programs where people of all ages can learn more about the wonders of the night sky — and all of them have places to lay out a blanket and simply enjoy the darkness.

A night view of the North Window at Arches National Park.

The night sky at a June 2017 star party at Capulin Volcano National Monument.

#{image.caption}
The Milky Way seen over a volcanic cone at Craters of the Moon National Monument and Preserve.   Photo © Seth Galewyrick/Dreamstime.

Stars over the dunes at Great Sand Dunes National Park and Preserve.

Volunteers prepare for a night of stargazing at Katahdin Woods and Waters National Monument.

The night sky over the Lower Cliff Dwelling at Tonto National Monument.

Learn more about how you can fight light pollution and support dark skies on the International Dark-Sky Association website.