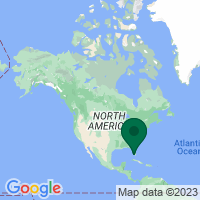 The country’s first national preserve, Big Cypress protects 729,000 acres of wetlands that flow clean water across the Greater Everglades ecosystem, into Everglades National Park, and into the vital estuaries along Florida’s southwest coast. Big Cypress is remarkable for its temperate and tropical mixture of species found across five major habitats: cypress swamps, marl prairies, pinelands, hardwood hammocks and estuaries including tidal marshes and mangrove forests. Explore hiking and paddling trails among these habitats that are home to more than 100 endangered and threatened animals and plants such as the Florida panther, the American alligator, and the famed ghost orchid. The preserve is also home to diverse species of flora and fauna found nowhere else on earth, from the Florida bonneted bat to the Big Cypress fox squirrel to Everglades crabgrass.