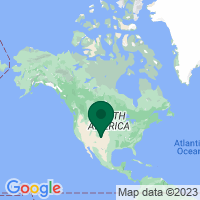 This site preserves the remains of three separate adobe forts established in 1851 to guard the Santa Fe Trail. The trail was a trading route between settled areas of the United States to the east and the city of Santa Fe, capital of a 250-year-old Hispanic community stretching along and out from the Rio Grande River in what is now the state of New Mexico. When Santa Fe was established in 1607, the region known as New Mexico was a Spanish colony. With Mexican independence in 1821, it became a province of the new nation, and in 1848, it became a territory of the United States following the Mexican-American War. Throughout the political changes, the people of New Mexico, including both the Native American pueblo communities and the Hispanic descendants of Spanish colonists, maintained their cultural identity and connection to the land.