The Legacy of Fred Korematsu

He fought against his forced imprisonment, all the way to the Supreme Court. Today, the National Park Service helps interpret the dark history behind World War II incarceration camps.

In 1942, a 23-year-old welder from Oakland, California, refused to be incarcerated in a government-run prison because of his ethnicity. Fred Korematsu, the American-born son of Japanese immigrants, defied a presidential mandate during wartime and took a stand against racism — a fight that lasted for decades and earned him a legacy as a civil rights pioneer.

Korematsu’s story is not widely known, though at least eight state governments — Arizona, California, Georgia, Hawaii, Illinois, New Jersey, Utah and Virginia — are helping to change that by recognizing January 30 as the Fred Korematsu Day of Civil Liberties and the Constitution. It is the first such holiday honoring an Asian American.

The United States officially entered World War II after Japanese fighters bombed Pearl Harbor in 1941; the country had been at war for a little more than two months when President Franklin D. Roosevelt signed Executive Order 9066 giving U.S. armed forces broad powers to incarcerate anyone in the name of military defense. The government overwhelmingly used this power to imprison Japanese Americans for having “foreign enemy ancestry” (though German Americans, Italian Americans and Jewish Americans were also detained, in smaller numbers). Ultimately, the military kept 120,000 innocent people under armed guard, mostly in isolated areas of the West, forcing them to leave their homes, businesses, possessions and normal lives behind for years.

When the incarcerations began, Korematsu chose to defy the executive order, changing his name and even undergoing minor plastic surgery on his eyes in an attempt to hide his ethnicity. Still, he was arrested in May 1942, convicted in a federal court, and held against his will until the end of the war.

Korematsu maintained his innocence and appealed his arrest all the way to the Supreme Court, which ruled against him in 1944, claiming the imprisonments were a “military necessity.” His arrest was a black mark on his record for decades. 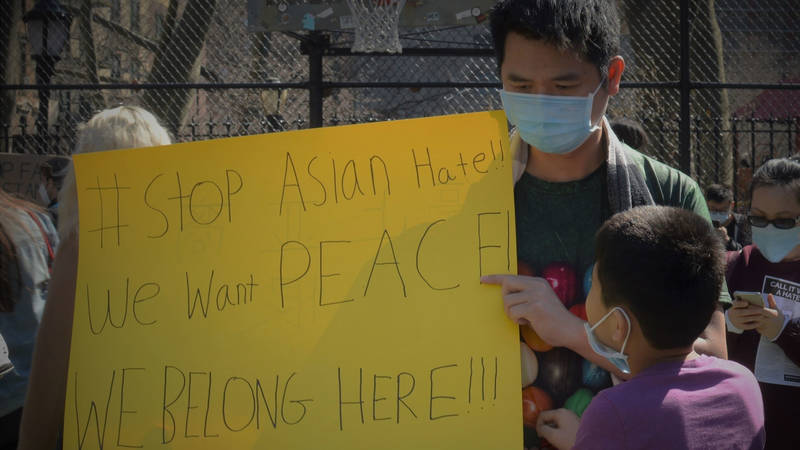 From the Gold Rush to the COVID Pandemic: A History of Anti-Asian Violence

Last week’s mass-shootings in Atlanta were shocking and tragic — yet this kind of horror is not new. Anti-Asian violence is deeply rooted in American culture.

Finally, in 1980, President Jimmy Carter appointed a special commission on the incarcerations that ultimately determined in 1983 that the government had imprisoned thousands of Japanese Americans based on racism and prejudice, not military necessity. In 1982, Peter Irons, a political science professor at the University of California, uncovered secret government documents proving that the Justice Department had knowingly suppressed evidence showing that the incarcerated Americans were innocent of wrongdoing and posed no military threat to justify their imprisonment. The new evidence and the presidential commission’s findings allowed a legal team to reopen Korematsu’s case and overturn his criminal conviction in 1983, more than four decades after his arrest.

Korematsu spent the later years of his life protesting the government imprisonment of suspected combatants at Guantanamo Bay after 9/11, filing amicus briefs on behalf of Muslims incarcerated without trials.

The National Park Service has played an important role telling the story of Japanese American incarceration during World War II. Five of the 10 government-run incarceration camps are now part of the National Park System, including Amache, Honouliuli, Manzanar and Minidoka National Historic Sites and Tule Lake National Monument. However, the camp where Korematsu spent most of his incarceration, the Topaz War Relocation Center in Utah, was mostly stripped of its buildings and artifacts after the war when the government auctioned off much of the land and property there. Some items are preserved in a local museum, which is recognized as a National Historic Landmark.

Learn more about Korematsu’s legacy on the Korematsu Institute website.