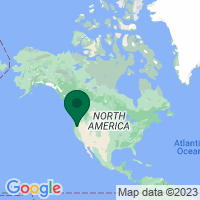 Tule Lake is one of four incarceration camps in the National Park System that the federal government used during World War II to imprison people in the name of military defense. The military overwhelmingly used this power against Japanese and Japanese Americans for having what it called “foreign enemy ancestry.”

Formerly part of the WWII Valor in the Pacific National Monument, the Tule Lake site was once a “segregation center” where the U.S. imprisoned people it viewed as disloyal. In 1943, the government developed a “loyalty questionnaire” that asked all adults in its incarceration camps whether they would be willing to serve on military combat duty and swear allegiance to the U.S. instead of Japan. Those who refused or chose not to answer were known as “no-nos,” imprisoned at Tule Lake and stigmatized as “traitors.” Now, this park site helps to tell the stories of the “no-nos” as well as the larger history of the government incarceration of innocent people during World War II.