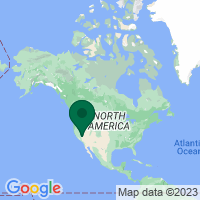 Manzanar preserves one of the sites where the U.S. government incarcerated innocent civilians during World War II.

President Franklin D. Roosevelt signed Executive Order 9066 in 1942, giving U.S. armed forces broad powers to incarcerate anyone in the name of military defense. The government overwhelmingly used this power to imprison Japanese and Japanese Americans for having “foreign enemy ancestry.” Ultimately, the military kept 120,000 people under armed guard, mostly in isolated areas of the West, forcing them to leave their homes, businesses, possessions and normal lives behind for the duration of the war. Decades later, President Ronald Reagan signed into law the Civil Liberties Act of 1988, which officially apologized for the forced imprisonment on behalf of the U.S. government and authorized reparation payments to former internees still alive when the act was passed. Visitors to Manzanar today can imagine what life was like behind the barbed wire fences of an incarceration camp during this dark period of America’s history.