From the Gold Rush to the COVID Pandemic: A History of Anti-Asian Violence

Last week’s mass-shootings in Atlanta were shocking and tragic — yet this kind of horror is not new. Anti-Asian violence is deeply rooted in American culture.

A father and son hold a sign at a protest in New York City against violence against the Asian American and Pacific Islander community in March 2021.

The recent wave of racist attacks targeting Asian American and Pacific Islander (AAPI) communities shock the conscience. Inflamed by the rhetoric of some national political leaders, the incidents are widespread and indiscriminate, often targeting the elderly and most vulnerable. 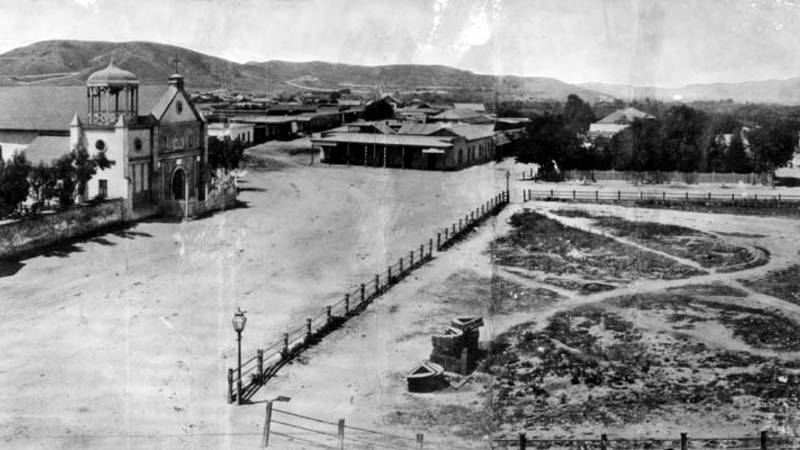 The Lost History of Los Pobladores

On the surface, these incidents might appear to stem from the recent demagoguery and ignorance around the COVID-19 pandemic, but it is critical to understand that anti-Asian sentiment, scapegoating and violence are deeply rooted in American history and culture.

Almost as soon as the first AAPI immigrants arrived on our shores, they faced discrimination and racism, and the 19th and early 20th centuries saw AAPI workers and immigrants repeatedly subject to laws and policies that relegated them to second-class citizenship. This included laws in Western states that taxed Chinese gold miners oppressively because they were seen by whites as competitors, forbade land ownership by Asians and prohibited people from marrying outside their race, which was particularly devasting to the mostly Asian male workforces seeking opportunities in the West’s growing agricultural industry.

On the federal level, racist fervor and rhetoric around a “yellow peril” fueled the scapegoating of Asians, particularly during periods of economic uncertainty, resulting in such laws as the Chinese Exclusion Act of 1882, and the 1917 and 1924 Immigration Acts, which effectively ended immigration from Asia until 1965. During World War II, the incarceration of over 120,000 Japanese Americans, most of whom were U.S. citizens, was further proof that AAPIs continued to be characterized as foreign threats, and somehow exempt from basic constitutional rights and protections; that dark chapter of our history is preserved by national park sites such as Manzanar and Minidoka National Historic Sites.

The Chinese American Museum at El Pueblo de Los Angeles. In 1871, 19 Chinese Americans were murdered in the area of this historic site. NPCA is working to include this site and its history as part of the National Park System.

Worse, these polices dehumanized AAPIs, resulting in an untold number of violent acts against the community, often with the complicity of local political leaders and law enforcement. Of these acts, one horrific incident stands as one of the worst mass lynchings in American history, the massacre of Chinese Americans in Los Angeles in 1871.

At the time, Los Angeles was a growing city of almost 6,000 residents with a Chinese population of under 200, most of whom lived in an area of town called Calle de los Negros, also known as “Negro Alley.” Anti-Chinese sentiment was already running high in the state, with the California legislature passing a law just a few years earlier making it illegal for Asians to testify against whites in court. Early on October 24, rival Chinese factions became embroiled in a gun battle, resulting in the wounding of a police officer, who called for help. A white rancher came to his aid and was fatally shot while pursuing one of the assailants. Quickly, the word spread around town that the Chinese were “killing whites wholesale,” and a mob that grew to 500 soon descended on Negro Alley. 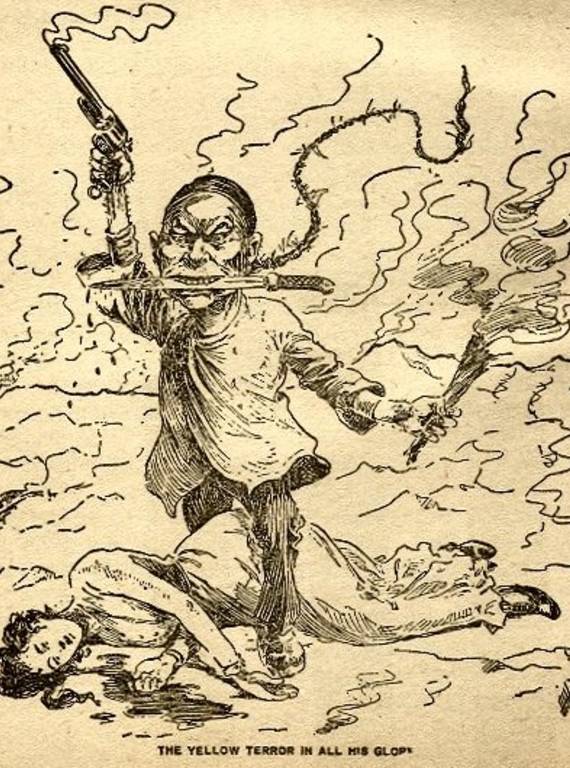 A racist cartoon depicting anti-Asian sentiments perpetrated by Westerners in the 1800s.

What followed was an indiscriminate murder spree as Chinese men, women and even teenage boys were shot, beaten and tortured. Fifteen would be lynched near the downtown business district, although most were probably dead by the time their corpses were hanged. Nearly every Chinese home and business was ransacked. Ultimately, 19 were killed, only one of whom was connected to the original incident. Both the mayor and chief of police came and went as the mob grew in size and intensity.

In the aftermath, only 10 men were tried for their involvement in the massacre and eight found guilty of manslaughter, receiving sentences ranging between two and nine years. However, the convictions were later reversed by the California Supreme Court, and the district attorney decided against retrying the cases.

Today, a plaque at El Pueblo de Los Angeles, the city’s historic district, commemorates the massacre, yet the incident remains one of the lesser-known aspects of Los Angeles history. Only recently has it received renewed attention, being referenced in the media and remembered at numerous rallies and protests against the current wave of racist violence.

As a Filipino American, the scapegoating of AAPIs during the coronavirus pandemic and the resulting hate-fueled violence are deeply personal, painful and infuriating. But I take solace in seeing members of my community standing up for their rights, asserting their voices and demanding justice.

I am also proud to be working on NPCA’s Rim of the Valley campaign to expand the Santa Monica Mountain National Recreation. The expansion would include El Pueblo de Los Angeles and the location of the 1871 massacre, bringing national recognition to the site and ensuring its story is preserved and shared with a national audience. This is just one initiative related to NPCA’s broader work on issues of justice, equity, diversity and inclusion in our national parks, as well as society as a whole.

It’s the least I can do to honor the pioneering AAPI immigrants who struggled against oppression, and a reminder to us all that there is still much work to do to address racism, xenophobia and hate in America.