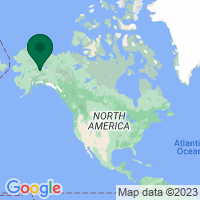 This wilderness preserve near the Arctic Circle protects the place where two pristine rivers meet in Alaska’s interior. The entire Charley River basin is contained within the park, as well as about 130 miles of the Yukon, one of the longest and wildest rivers in North America. The geology exposed by these rivers is some of the oldest in the world, dating back 600 million years to the Precambrian Era.

Visitors can paddle through the vast mountains and bluffs and see caribou, peregrine falcons and other wild creatures in their natural habitat. The preserve sits between two former gold-rush towns where miners tried their luck in the late 1800s and early 1900s, and the remains of prospectors’ cabins and other historic buildings are part of the park’s landscape.