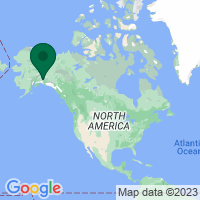 Covering more than 13 million acres of land, Wrangell-St. Elias is the largest national park site and the largest single wilderness area in the United States. Its massive glaciers, twisting rivers, rugged mountains and forested uplands are home to diverse wildlife, from grizzly bears and caribou to marmots and beavers. It’s also a land of extremes, with nine of North America's 16 highest mountains, the continent's largest subpolar ice field and a glacier larger than the state of Delaware. The park also encompasses an active volcano and a historic copper mine.

I met her while on my week-long backpacking trip in Wrangell St. Elias National Park. It wasn't something that was planned or on the itinerary, for that matter. As the bush plane dropped us off on the Bremner Mines landing strip, my group decided on making a side trip to…