As the Bureau of Land Management reevaluates its permit for the Ambler mining road in Alaska, here are 6 things to know about the possible road’s impact on the Alaskan backcountry.

Ruts of pounded earth zigzag through the Alaskan tundra and across mountains — telltale signs of trails cut by the hooves of Western Arctic Caribou Herd over thousands of years.

An omnipresent feature of the Brooks Range landscape, these ancient trails support one of the longest land migrations on Earth. Each year, 188,000 animals travel up to 2,700 miles, longer than the distance between New York City and Seattle. Why? It’s part of their resilience as a species to adapt and be on the move as they graze on lichen, moss, grass and other low-growing plants.

The Western Arctic Caribou Herd in migration in Alaska.

In turn, their presence shapes the existence of other species, providing food for people, bears and wolves. An age-old Inuit saying goes, “No one knows the way of the wind and the caribou.” But we do know they need lots of space to roam — about 100 million acres. That’s the size of California or Montana.

These massive yet resilient animals are among the “vital signs” used in the National Park Service’s Arctic Network Inventory and Monitoring Program to help understand how Arctic ecosystems function and change over time.

I recently spent two weeks in the Alaskan bush helping park advocates understand how the proposed 211-mile Ambler mining road project will affect the caribou, the Alaska Native communities that depend on them for subsistence, and 20 million acres of national parklands, including Gates of the Arctic National Park and Preserve.

NPCA has been fighting the proposed Ambler mining road and mining district for years because it threatens the future of one of the last vast, ecologically intact landscapes on Earth. It would also cut through 20 miles of a pristine and irreplaceable national park unit.

Here are six things I emphasized to our advocates — and learned more deeply myself — while traveling through the remarkable park landscapes of Northwest Alaska and the Western Brooks Range this summer:

1. We have an opportunity to keep intact one of Earth’s few remaining large tracts of land.

NPCA’s goal is to maintain the connectivity of one of the world’s last great and most wild ecosystems, a tract of land unbroken by roads or industry. This landscape includes more than 20 million acres managed by the National Park Service, including 16 million contiguous acres — the largest in the country.

If you combined the 10 largest national parks in the contiguous U.S. — Death Valley, Yellowstone, Everglades, Grand Canyon, Glacier, Olympic, Sequoia, Big Bend, Joshua Tree and Yosemite, and added the state of Connecticut — this part of Alaska would still be larger.

2. Arctic roads have negative impacts on water and wildlife.

If built, the Ambler road would not benefit park visitors or local communities — its sole purpose would be to support the mining industry. The mine would primarily extract copper, which is available in many other locations much closer to existing industrial infrastructure.

Large trucks would transport hazardous materials many times a day along the route, which crosses nearly 3,000 rivers and streams, including the Kobuk and Koyukuk rivers. This industrial traffic would pass the backyards of villagers who often don’t even have running water in their homes.

Previous studies indicate that roads directly impact caribou migration behavior, and there is serious concern that the Ambler Road could shift the Western Arctic Caribou Herd away from Alaska Native villages that depend on it to feed their households.

The herd population is already in decline, dropping 23% in the last two years, possibly due to climate-change-driven transformations in the region’s precipitation and vegetation. The caribou will need their vast range to remain intact to adapt in a changing climate.

Among many other impacts, the road would act like a gravel dam across the tundra, threatening the water quality and important fisheries of both the Koyukuk and Kobuk rivers and their hundreds of tributaries.

3. Alaska Native communities of Northwest Alaska face an impossible choice — and they should not have to.

This arctic landscape is home to Alaska Native communities whose traditional knowledge and lifeways have continued uninterrupted since time immemorial. They depend on the area’s wildlife for survival, particularly the Western Arctic Caribou Herd and sheefish found in area rivers. 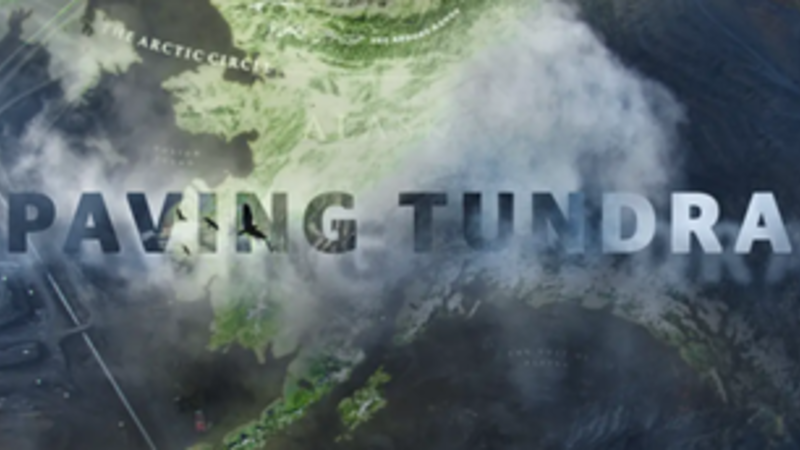 When President Nixon signed into law the 1971 Alaska Native Claims Settlement Act that formed 12 regional corporations in Alaska, many villages felt pushed into a cash economy. The cost of imported food is extreme, and private interests are risking traditional lifeways and traditions.

Also, in approving the Ambler mining road in 2021, federal agencies did not provide adequate or meaningful participation for Alaska Native tribes and communities most affected by the project — with short public comment periods and poorly timed Bureau of Land Management outreach.

4. Protecting Alaska supports America the Beautiful and international ‘30 by 30’ plans.

To tackle climate change domestically and abroad while supporting the health, well-being and prosperity of communities in America, the Biden administration’s America the Beautiful Initiative calls, in part, for a nationwide goal to conserve 30% of U.S. lands and waters by 2030.

This U.S. plan echoes an international plan to conserve 30% of the Earth’s land and seas, which has been agreed upon by more than 100 countries as part of the intergovernmental group High Ambition Coalition (HAC) for Nature and People.

If we are to meet these conservation goals, Alaska’s vast, beautiful and resilient landscape must remain intact. That’s why NPCA is working against the proposed Ambler mining road, as well as advocating for permanently protecting globally significant park landscapes in Alaska such as the Western Arctic Caribou landscape of Northwest Alaska and the Bear Coast of Southwest Alaska.

The Trump administration approved the Ambler mining road under a rushed process. The environmental reviews conducted by federal agencies as part of the permitting process were challenged in court by conservation groups as well as the Tanana Chiefs Conference, a tribal consortium of 39 villages and 37 federally recognized tribes. Thanks to this advocacy, we now have a second chance to stop the road.

Protect Parks and Communities from the Ambler Mining Road

In September, the Bureau of Land Management opened a 45-day public comment period and has the power to revisit all its environmental impact assessments. The National Park Service has conducted its own environmental assessment, but the bureau is directing the permitting process for the full road project.

NPCA is fighting for the protection of ecological integrity, connectivity and climate resilience of the largest contiguously protected wildlands in the National Park System for generations to come. Please join us.

An essential factor to this incredible herd perpetuating over thousands of years is its ability to move with the flow of the land and its changing conditions. Can we as a nation and society be that resilient in the face of climate change? The caribou have important lessons to teach all of us about how to be resilient. Of course, only if we are willing to listen.