The Ambler mining road threatens the future of the Western Arctic caribou, which undertake one of the greatest land migrations on Earth. The industrial access road would not only cut across the caribou's migration pathway, it would also slice through Gates of the Arctic National Preserve.

A proposed 211-mile industrial mining access road would disrupt caribou migration, the subsistence lifestyles of rural Alaskans, and the integrity of Gates of the Arctic National Park and Preserve.

Map of the proposed Ambler Mining Road. (Click to enlarge.)

The state of Alaska is planning on building an industrial access road along the southern Brooks Range to transport ore from open pit copper mines planned in the northwest region of the state. The road would cross 20 miles of Gates of the Arctic National Preserve and the Kobuk Wild & Scenic River.

NPCA is working to prevent construction of this expensive, unnecessary and damaging road, which won’t benefit park visitors or local communities. The road would jeopardize one of the last great intact ecosystems that supports one of the longest land migrations on Earth, that of the Western Arctic Caribou Herd.

1. What makes this landscape so special?

The landscape is also home to the Western Arctic Caribou Herd with over 250,000 caribou, making it one of the largest stable populations of caribou in North America. This herd travels up to 2,700 miles every year, the distance of Seattle, Washington to Miami, Florida.

2. How could the road impact the Western Arctic Caribou Herd?

The road itself, cutting perpendicular across the north-south migration route of the caribou, could pose a serious barrier for the herd in its annual journey. There is concern that the caribou would avoid the road and the industrial traffic along it, moving further west and away from Alaska Native villages that depend on the caribou for traditional subsistence use. If the road were to ever become public, it would put significant hunting pressures on the herd, further disrupting the historic migration patterns. The road is just one piece to a larger story of industrialization of Northwest Alaska. The road would pave the way for the Ambler Mining District, which would only accelerate further development and activity that caribou would seek to avoid.

3. How much of the road will cross Gates of the Arctic National Preserve?

It depends on which route is chosen. The northern route would cross about 26 miles, and the southern route about 17 miles.

4. How can a private mining road be built across National Park Service land?

When Congress created Gates of the Arctic in 1980, it included a special provision allowing construction of a transportation route to the Ambler mining district across the preserve. 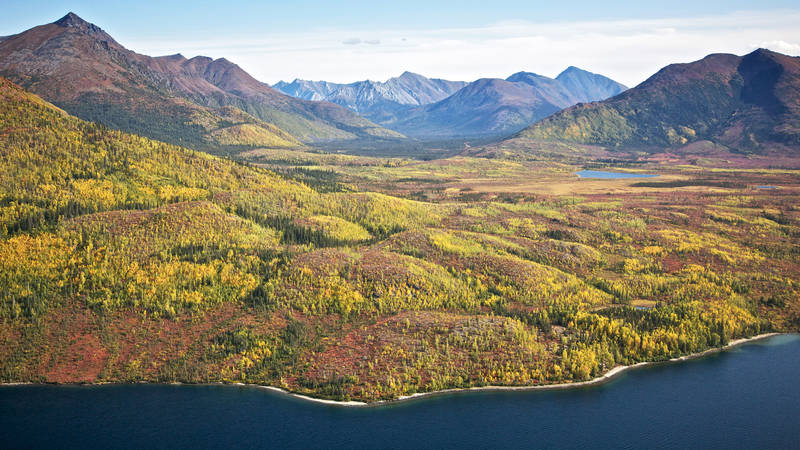 Gates of the Arctic: No Place for a Mining Road

5. How is a preserve different from a park?

National preserves are managed the same as national parks, except sport hunting is allowed in preserves.

6. Why does the map show two routes across Gates of the Arctic National Preserve?

Currently engineering and environmental studies are being conducted to determine the most feasible route with the least impacts. If the road is built, only one route will be constructed.

7. Will I be able to drive this road?

No. Currently the road is being planned as a private road for mining trucks to transport copper ore.

8. What is the estimated cost to build the Ambler Road?

The Alaska Department of Transportation estimated the road to cost no less than $430 million. Given the length of the road, the number of costly bridges and the many acres of wetlands to cross, it is reasonable to expect the final cost to be considerably higher.

9. How many local jobs would be created?

A life-long resident of Alaska worries a road would destroy the wilderness he knows and loves.

Developers estimate 400 local hire jobs would be created (150 temporary road construction jobs and 250 mining jobs). “Local hire” in this instance refers to the shareholders of the two native corporations in the region, NANA and Doyon. Overall, the road and mine would create 400 local jobs for 32,500 shareholders.

8. Would the road help lower the high cost of food and fuel in remote villages?

Unlikely. The road will bypass all villages in the region.

The Ambler mining road threatens the future of the Western Arctic caribou, which undertake one of the greatest land migrations on Earth. The industrial access road would not only cut across the caribou's migration pathway, it would also slice through Gates of the Arctic National Preserve.