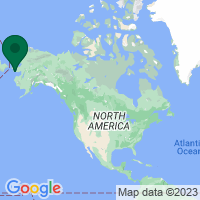 This roadless wilderness sits on the western edge of Alaska in an area known as the Seward Peninsula. Though few people travel here today, archaeologists believe that ancient populations migrated from Russia into the Americas across this stretch of land during the Ice Age 10,000-12,000 years ago when ocean levels dropped and exposed a 1,000-mile path between the continents. Once the stomping grounds of mastodons and mammoths, the preserve is now home to reindeer, muskox, wolverines and other hardy animals, and serves as a nesting site for birds traveling the Asiatic-North American Flyway. A few of the preserve’s most unusual features include towering rock formations known as tors, hot springs with year-round geothermic activity and giant lakes called maars that were formed by volcanic explosions.