These four journalists reported on the unspeakable, braving danger, and in some cases discrimination, to bring the brutal injustice of Emmett Till’s murder to light.

Mamie Till-Mobley, mother of Emmett Till, speaks to reporters about her son's death in 1955.

Emmett Till’s body was deformed and disfigured from torture and hours of floating in the waters of the Tallahatchie River, but his mother, Mamie Till-Mobley, insisted on having an open-casket funeral for her son. She battled authorities in Mississippi, where Till was brutally murdered while visiting relatives, to have his remains sent home to her in Chicago.

“Well, give me a crowbar, give me whatever. What can they do to me? They’ve taken my son,” Till-Mobley said upon receiving the casket. “Let the world see what they did to my boy.” 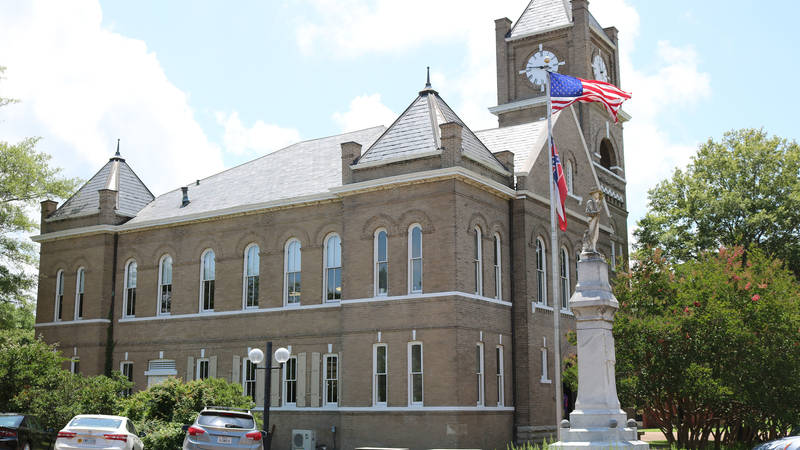 Honoring Emmett Till and Mamie Till-Mobley

A new national park site will ensure that the tragic death of Emmett Till and the strength and resolve of his mother, Mamie Till-Mobley, are never forgotten.

And the world did see. When Emmett Till’s maimed body was revealed to the public at his funeral, photographers from Jet magazine and The Chicago Defender snapped now-famous pictures of Till-Mobley standing over his casket, weeping in anguish.

The photos were printed widely in African American newspapers, and soon Americans everywhere had heard the story of a 14-year-old Black boy murdered by a pair of racists, and his brave young mother’s fight for justice for her son.

Mamie Till-Mobley’s courage in the face of unspeakable brutality and tragic injustice catalyzed the civil rights movement in America. NPCA staff believe it is long past time for a new national park site that will ensure the story of Emmett Till and Mamie Till-Mobley is never forgotten.

But without a handful of courageous reporters, this story might have gone untold in the first place.

Reporting on Emmet Till’s murder was dangerous, especially for Black reporters in the South. Here are four people who boldly and tirelessly worked to share the Till family’s story with the public.

Graball Landing on the Tallahatchie River, where Emmett Till’s body is believed to have been discovered.

In 1955, Moses J. Newson was a reporter at the Tri-State Defender in Memphis, an up-and-coming alt-weekly newspaper aimed at Black audiences. After hearing rumors about potential Black witnesses to Emmett Till’s abduction and torture, Newson accompanied NAACP Southeastern Director Ruby Hurley on trips to plantations in the Mississippi Delta. Newson would dress in old clothes and shoes to blend in with sharecroppers and avoid suspicion. Newson, Hurley, prominent civil rights activist Medgar Evers and others helped find these witnesses, encourage them to come forward and testify, and offer them refuge in Mound Bayou, a thriving nearby Black community. 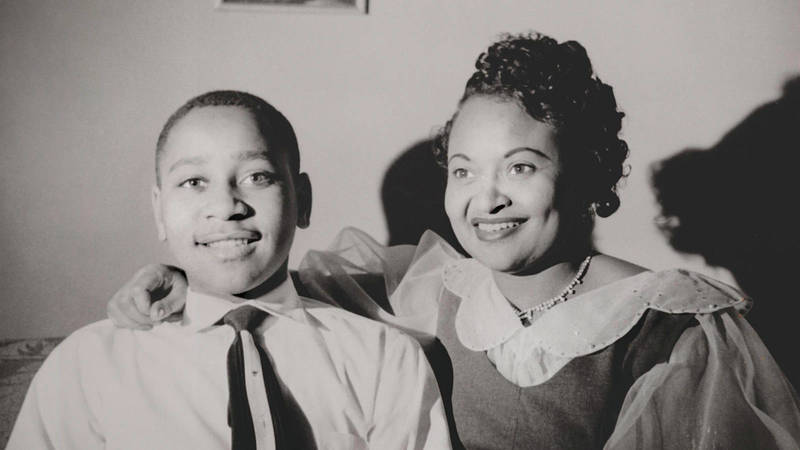 She forever changed the course of the civil rights movement in the United States. Here’s what you should know about her legacy.

After the trial, Newson went on to cover the Little Rock Nine and the Freedom Rides of 1961 as a reporter for The Baltimore Afro-American. He witnessed an angry mob beating a young John Lewis in South Carolina. According to the Memphis Commercial Appeal, “Newson was on the Greyhound bus that was firebombed in Anniston, Ala., and recalls how the mob there beat the sides of the bus with pipes and sticks before someone lobbed an incendiary object inside.”

Newson was inducted into the Hall of Fame for the Maryland-Delaware-District of Columbia Press Association in 2008. He is 95 years old and lives in Baltimore, Maryland.

The remains of Bryant’s Grocery in Money, Mississippi, where shopkeeper Carolyn Bryant accused Emmett Till of behaving inappropriately toward her. Shortly thereafter, Till was kidnapped, tortured and murdered.

Progressive magazine The Nation assigned a 23-year-old New York-based reporter named Dan Wakefield to cover the Emmett Till murder trial in 1955. He watched as the jury handed down the verdict in September, and wrote despondently of how quickly the Mississippi Delta shifted back to business as usual following the ruling.

“The crowds are gone and this Delta town is back to its silent, solid life that is based on cotton and the proposition that a whole race of men was created to pick it,“ He wrote. "Citizens who drink from the ‘Whites Only’ fountain in the courthouse breathe much easier now that the two fair-skinned half brothers, ages twenty-four and thirty-six, have been acquitted of the murder of a fourteen-year-old Negro boy. The streets are quiet, Chicago is once more a mythical name, and everyone here ‘knows his place.’”

Now 90, Wakefield remains a working journalist for left-wing blogs such as Counterpunch and has written several books and movies. In June 2020, Wakefield reflected on the similarities between the murder of George Floyd and the events he witnessed in Mississippi: “It is not just the South and it is no longer cotton; the American dream is based on the nightmare of racial suppression.”

A barn in Drew, Mississippi, where Roy Bryant and J.W. Milam tortured and may have murdered Emmett Till.

The Chicago Defender was one of the most influential and widely read Black newspapers of the 20th century, thanks in part to an agreement with Pullman porters who would distribute the newspaper on trains headed around the country, sometimes in violation of laws in the South. 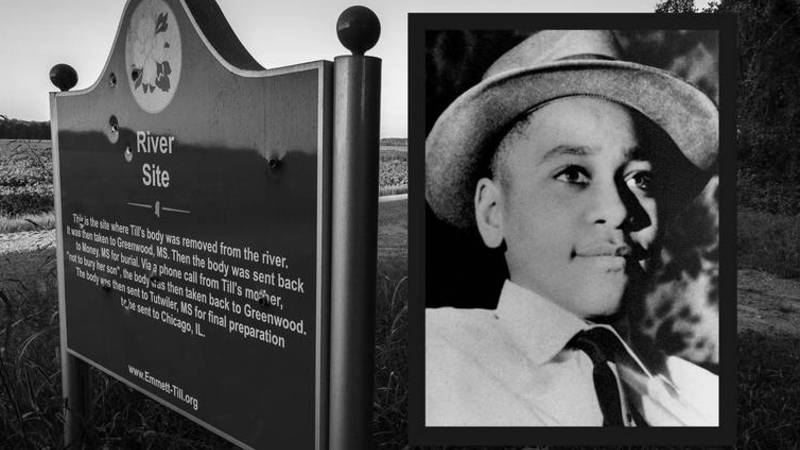 Emmett Till was murdered 64 years ago. Is it time for a national park that recognizes him and tells the story of the civil rights struggle in Mississippi?

In 1955, the Defender dispatched Mattie Smith Colin, a talented reporter at a time when the industry was overwhelmingly white and male, to a Chicago train station to witness Emmett Till’s body as it arrived home.

Colin wrote: ”'Oh, God, Oh God, my only boy,’ Mrs. Mamie (Till) Bradley wailed as five men lifted a soiled paper-wrapped bundle from a brown, wooden mid-Victorian box at the Illinois Central Station in Chicago Friday and put it into a waiting hearse.

“The bundle was the bruised and bullet-ridden body of little 14-year-old Emmett L. Till of Chicago, who had been lynched down in Money, Mississippi.”

Colin continued to cover the murder, attending Emmett’s funeral at the Roberts Temple Church of God in Christ. She would later serve as food and fashion columnist and eventually editor-at-large at the Defender, retiring in 2002 after more than 50 years of public service. Colin passed away in 2016 at the age of 98.

The restored courtroom in Sumner, Mississippi, where Roy Bryant and J.W. Milam were tried and acquitted in 1955 for the murder of Emmett Till. The county sheriff attempted to bar Black reporters from the proceedings and addressed them using slurs.

No list of reporters who covered the civil rights movement would be complete without Simeon Booker. In a 2017 obituary, NPR referred to Booker as “the dean of Washington’s Black press corps.”

62 years earlier, Booker had already built an impressive reputation when his editors at Jet magazine assigned him to cover the Emmett Till murder and trial. He had written for the Baltimore Afro-American and Cleveland-based Call and Post, and he served as the first full-time Black reporter for The Washington Post.

Upon learning of Emmett Till’s murder, Booker visited Mamie Till-Mobley at her home and formed a bond with her. When Till-Mobley visited her son’s body at a Chicago funeral home and insisted on an open-casket funeral, Booker was at her side. Booker also met with Till-Mobley and activists in Mound Bayou and made room for her at the Black press table in the courtroom.

In his book, “Shocking the Conscience: A Reporter’s Account of the Civil Rights Movement,” Booker notes that Tallahatchie County Sheriff Clarence Strider tried to bar all Black reporters from the courtroom. Failing that, he greeted the Black press every morning of the trial with a racial epithet.

Like Moses Newson, Booker also covered the Freedom Riders and sometimes disguised himself while reporting in dangerous conditions. According to his obituary in The Washington Post: “For his safety, he sometimes posed as a minister, carrying a Bible under his arm. Other times, he discarded his usual suit and bow tie for overalls to look the part of a sharecropper.

“Once, in an incident retold when Mr. Booker was inducted into the National Association of Black Journalists’ Hall of Fame in 2013, he escaped a mob by riding in the back of a hearse.”

Booker would go on to establish the Washington bureau for Jet and Ebony magazines, writing a weekly column for Jet called Ticker Tape U.S.A. and covering 10 presidents. He retired at age 90 and passed away at 99 in Solomons, Maryland.