A new Netflix docuseries highlights the splendor of national parks around the world — with a familiar face as host.

A herd of bison at Yellowstone National Park

In “Our Great National Parks,” which airs on Netflix April 13, President Barack Obama plays park ranger across five continents over five one-hour episodes, filmed over more than 1,500 days with a crew of over 400 people. Over the course of the series, you’ll meet endangered lemurs in Madagascar, witness the birth of a guanaco (a close relative of the llama) in Chilean Patagonia, and spy on bodysurfing hippos in the Atlantic.

“Our Great National Parks” is a passport to public lands near and far; here are a few reasons we’re tuning in.

Created in 1872, Yellowstone is not only America’s first national park — it’s the first in the whole world. At over 2 million acres, Yellowstone has geological wonders and wildlife you won’t see anywhere else, including 60% of the world’s geysers and the largest concentration of mammals in the contiguous United States. The land also has a deep human history connected to 27 Tribes, going back 12,000 years.

As we celebrate 150 years of Yellowstone National Park, it’s a joy to see other parks around the world that this historic place paved the way for.

2. Obama’s no stranger to national parks

The Valley of the Gods in Bears Ears National Monument, 2016.

NPCA, along with our partners and supporters, successfully advocated for the creation of a number of new parks during the Obama administration. It’s appropriate for Obama to introduce viewers to parks around the world after he protected more U.S. land and water than any other president — 34 national park sites and more than 550 million acres, to be exact.

3. Parks hold the key to a better future

Storm clouds form over Lake Okeechobee in Florida, the heart of the Greater Everglades Ecosystem. 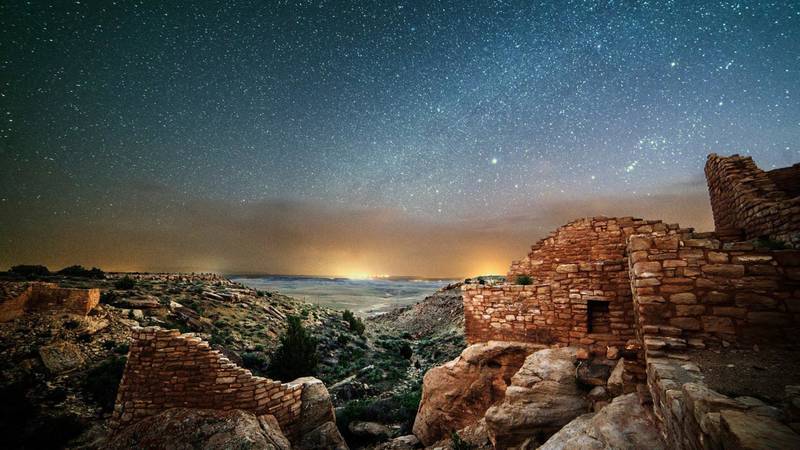 By protecting the areas surrounding national parks, the U.S. can build resilient landscapes that prevent the worst effects of climate change and species loss.

Around the world, protected areas such as national parks can play an enormous role in safeguarding biodiversity and mitigating the effects of climate change. In the United States, national parks are warming at twice the rate of the rest of the country, resulting in rising sea levels in the Everglades, rampant wildfire in Yosemite, and shrinking food supply for grizzly bears in Glacier, Grand Teton and Yellowstone. But there’s also reason for hope. There’s overwhelming bipartisan agreement climate change is negatively impacting our national parks — and if we protect our parks, we can help fend off the worst impact of climate change across the country.

We hope as viewers marvel at the irreplaceable places in “Our Great National Parks,” the series will inspire them to never take our parks for granted. Together, we can do our part to keep them protected, now and for generations to come.