The world's first national park marks a significant milestone today — but its history reaches much further back than 1872 and involves the stories and cultures of more than two dozen Tribes.

A teepee stands at the North Entrance to Yellowstone National Park as part of the park's commemoration of the 150th anniversary of its founding, March 1, 2022.

Yellowstone, the world’s first national park, marks its 150th birthday today, and it is under enormous and unprecedented pressure. The park is contending with a rapidly warming climate, a dramatic rise in visitors, and threats to its most beloved wildlife species, including bison, grizzly bears and wolves. Yet, amid the concern and uncertainty, Native people are making their profound and overdue return to the ever-shifting landscape. 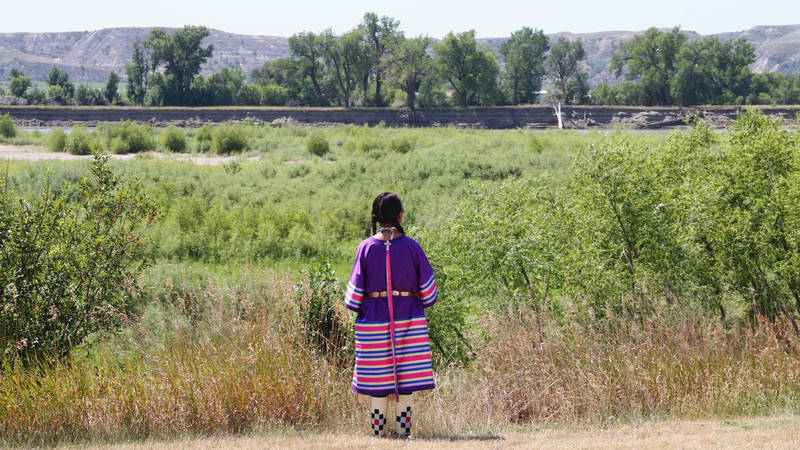 This summer, for the first time in its history, Yellowstone will host an Indigenous teepee village near the town of Gardiner and a Native interpretive center at the Old Faithful Visitors Center, both part of a series of public art installations known as Yellowstone Revealed.

Although Native people were dispossessed and officially removed from Yellowstone in 1872, 27 Tribes hold a deep historical connection to the place that stretches back over 12,600 years. This is evidenced by the oldest known burial in the Western Hemisphere, which occurred at the Anzick Clovis site.

The Anzick Clovis site is in the Shields River Valley along the first tributary of the Yellowstone River, about 90 miles from the park entrance near Gardiner. Excavators in 1968 accidentally discovered the fragmented remains of a 3-year-old boy along with over 118 Clovis culture artifacts included as funerary objects, including an elk antler and a stunning variety of unfinished Clovis points. A three-year-long study to sequence the genome of the boy’s remains was completed in 2013 and identified the child and his family as likely being the direct ancestors to 80% of all Indigenous people in both North and South America.

This First Family of America drank, bathed in and prayed with the waters of the upper Yellowstone River and traveled its course southward, toward its origin in the high country. Massive glaciers and ice sheets still covered large portions of the Yellowstone Plateau 12,600 years ago, but the First Family understood the relentless draw of the mountains and the constant flow of the wind, water and grasses. One of history’s most resilient families, the boy and his relatives belonged to a community of hunters, gatherers and traders, and they persevered through a daily barrage of threats.

The upper Yellowstone River, where the “First Family” of Yellowstone once bathed and prayed.

Along with facing down apex predators such as short-faced bears, Sabre-tooth cats, dire wolves and American lions, they also killed wooly mammoths — which, at 11,000 pounds and fiercely defensive, were likely the most dangerous prey humans have ever hunted. This First Family did all of this and much more, thriving in an extremely cold and harsh landscape. Given the seemingly hardscrabble life they endured, it’s remarkable and revealing that they would bury a toddler with such an abundance of material wealth — as if this wealth was not their most important source of strength. 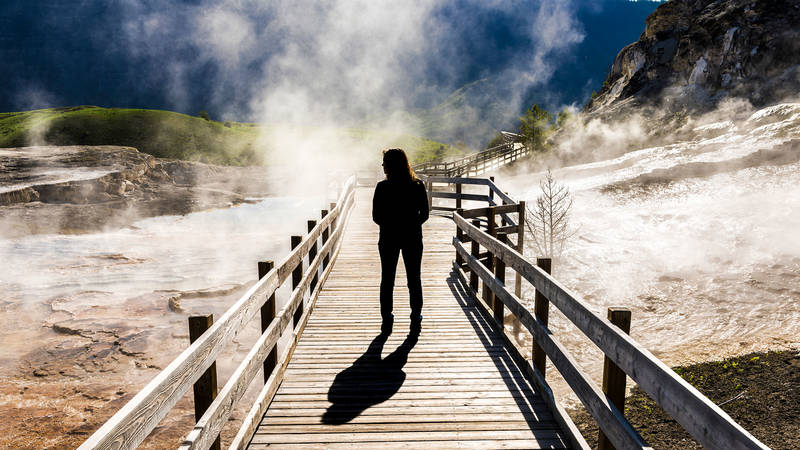 Yellowstone: It’s one of the most remarkable and revered travel destinations in the world and the place that defined the very concept of public land conservation. Get a taste of…

As a Native person with deep familial roots in the region, I was on a research team that discovered the Clovis boy was one of my ancient relatives. In him, I see the unbroken circle of love and wisdom that connects Native people today with our ancestors and the landscapes that we recognize as home. I helped coordinate the reburial and repatriation of the ancient boy, back near the exact site where he was disturbed in 1968. This ceremonial reburial was attended by Tribal representatives from throughout the Yellowstone region, and the gathering would’ve looked familiar to the First Family; close relatives and community loved ones coming together to pay tribute, reflect and provide solace to one another. The Native people who attended the ceremony that day were completing a full circle back to the sacred and magical Yellowstone region.

The historical significance of the First Family’s discovery cannot be understated, and they remain the only family on the continent to ever be directly associated with Clovis artifacts. Ancient remnants of the family’s descendants have been found throughout the Yellowstone area, most prominently around Yellowstone Lake and Yellowstone River. Around 2012, the effects of climate change began to reveal new opportunities to study the First Family’s presence in the high country along the park’s eastern boundary.

The Absaroka-Beartooth Wilderness is part of Yellowstone’s greater contiguous wild landscape and contains hundreds of semi-permanent ice patches, varying in size and age, that are now melting to reveal a stunning cultural history. As the ice patches shrink due to ongoing and unprecedented rising temperatures, long-submerged artifacts of Native people who lived seasonally at 10,000 feet above sea level are surfacing. Some of the ice patches in the Beartooth Plateau date to over 10,000 years old, and evidence indicates that the descendants of the First Family enjoyed great success hunting big game animals and spending their summers in higher-altitude areas above the tree line. 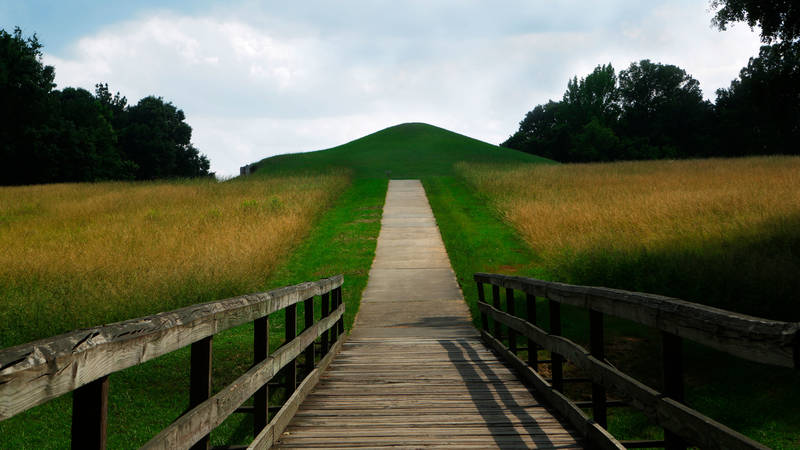 Former Principal Chief James Floyd of the Muscogee (Creek) Nation speaks about his connection to Ocmulgee Mounds National Historical Park and the need to further preserve the site.

In 2012, a remnant of the same type of rare hunting instrument found in the Anzick Clovis boy’s burial site was also discovered along the edge of a retreating ice patch. What looked to be a crooked stick was studied and determined to be a 10,000-year-old atlatl dart, lost by an ancient hunter. The dart is the oldest artifact ever recovered from an ice patch outside of the Arctic Circle, and its discovery reinforces the idea that there were very few places in the region that Yellowstone’s First Family did not visit and inhabit. First used around 17,000 years ago, the atlatl weapon was hugely important in the hunting of big game animals throughout the Northern Hemisphere and became obsolete when they were replaced by modern bows and arrows around 3,000 years ago in North America.

In 2015, I joined the Montana State University Ice Patch Research Team as a Native representative and liaison. I provide perspective on data interpretation and connect researchers to Native communities, including the Apsáalooke (Crow), Eastern Shoshone, Northern Cheyenne and Blackfeet. I invite Native representatives such as Tribal historic preservation officers and Tribal elders to the ice patches during the late summer to meet with the archaeologists, biologists, geneticists, climatologists and photographers who collaborate on this project. We gather in the high country above Yellowstone to share, listen and learn.

My experience as a scientific researcher of ancient history in the Yellowstone region has been a blessing and an inspiration. Yellowstone is at the forefront of an American history, and its origin story remains incomplete without Native voices.

As a member of the Indigenous contingent working on the Yellowstone teepee village to commemorate today’s 150th anniversary, I am thankful and optimistic about this new partnership between the park and the Indigenous people who have called it their homeland since time immemorial. Representatives of these Tribes are connecting the past with the present as we look toward a future where Native voices are once again part of this revered landscape.

Learn more about the Yellowstone Revealed project at https://mountaintimearts.org/yellowstone-revealed.