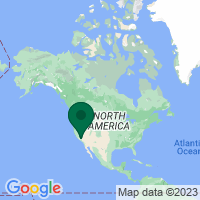 This national monument honors one of the most important U.S. labor and human rights leaders of the 20th century. César Chávez co-founded the United Farm Workers of America in 1962, the first agricultural labor union in the nation.

He steered the union through a series of unprecedented victories, including contracts that covered more than 100,000 farm workers, raised wages and funded health care and pension plans, mandated the provision of drinking water and restroom facilities in the fields, regulated the use of pesticides in the fields, and established a fund for community service projects. Chávez’s nonviolent advocacy helped secure the passage of the first law in the United States that specifically recognized farm workers’ rights to organize unions and engage in collective bargaining. This monument contains 26 historic buildings and structures, including a visitor center with Chávez’s preserved office and library, a memorial garden, and Chávez’s burial site. It is the first national park site devoted to a contemporary Latino American.