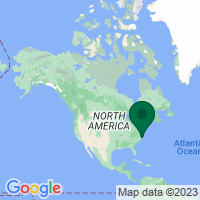 This classic tourist destination became America's first national seashore in 1953 and covers more than 70 miles of coastline and 30,000 acres of beaches, dunes, marshes and woodlands in North Carolina’s Outer Banks. The seashore preserves three iconic lighthouses, constructed to aid sailors navigating the cape’s perilous coastline. Visitors will also find a rich diversity of plant and animal life, including more than 360 documented bird species, and a range of historical sites commemorating maritime traditions, Civil War and World War II battles, and the U.S. Lifesaving Service, a predecessor to the Coast Guard.

The piping plover is a federally protected species at Cape Hatteras, threatened due to habitat loss and a past demand for its feathers, used in hats in the 1900s.

Have you ever seen heaven? I think I have, and those who come to Cape Hatteras National Seashore might even consider me to be some kind of 'Guard'-ian angel. Cape Hatteras has a long history of guardians. From the Lighthouse's to the Lifesaving Stations, I'm not really looking to fill…