On our first date, we connected over our tales of the outdoors - the mountains we’d climbed, the backpacking trips we’d accomplished, the feeling of peace in laying in silence under the stars. Since getting married, we’ve taken up travel full-time, gravitating to places where park lands are aplenty and mountains stand tall in the backdrop of our day to day life. Washington was our second stop and it was as though Mt. Rainier had her own gravitational field - wherever we were, our eyes found her standing tall & proud on the horizon.

We became obsessed with hiking every fire lookout in the state, making up stories of our would-be life if we could live balanced on top of a mountain inside one of these tiny glass-walled gems. In WA, you never knew what view you would get after a long hike into the sky. It could be snow-dusted peaks and sparkling blue lakes as far as the eye could see, a thick blanket of clouds sitting low below the peaks, or… you could see nothing, completely socked in. It became evermore important to take in all the small details on the journey up - the wildflowers, the smell of the pines, the way the clouds danced across the sky - and enjoy the company of each other.

This particular day at Mount Rainier National Park we lucked out with incredible visibility. After marveling at her from a distance for so long, it was a magical moment to feel so close, as though we had lassoed her and drawn her to us.

We feel proud to live in a country so diverse, in its people and its Nature. We’re grateful for safe spaces & protected outdoor places, our National Parks, as a place connect with each other and soak up the Earth in its purest form. Wherever we go, we’re proud to be ourselves and proud to be there with each other.

There’s something about being outside in beautiful places like this that just makes you want to shout, for the whole world to hear, “I LOVE YOU!” to the mountaintops… and to your wife of course. 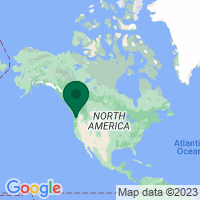 Majestic Mount Rainier is the highest peak in the Cascade Range and an active volcano with more glaciers than any other mountain in the United States. Just an hour's drive from Seattle, the park's wild landscape feels much further from civilization. The forests, parkland, wetlands, lakes and rivers offer 260 miles of trails and varied habitat to dozens of plant and animal species.