Over 400 NYCGB alumni from around the world have joined forces to take part in a mass virtual recording of the American folk song Shenandoah. A video recording has today been released with the official audio recording due for release on NYCGB’s music label on 7th August 2020.

This recording project started with an idea by former NYCGB member Ben Weaver, who is based in Germany, as a way to connect with other alumni members. It has grown into an amazing effort with over 400 former choir members recording their individual parts from their homes, to produce a virtual recording of James Erb’s arrangement of Shenandoah, a wonderfully moving piece which many generations of NYCGB singers have performed over the years. The performance is conducted by alum Will Dawes and signed by Paul Whittaker OBE.

The NYCGB Alumni Choir, made up of graduates from across NYCGB’s 37-year history, includes doctors, nurses, teachers, conductors, CEOs as well as professional singers from The Swingles, BBC Singers, The Sixteen, Tenebrae, Gabrieli Consort, Monteverdi Choir, Glyndebourne, Scottish Opera and Royal Opera House Choruses who have come together from as far afield as America, Australia, New Zealand, Hong Kong and Germany to take part.

Current National Youth Choir member Ben Leigh-Grosart, who has been a member since 2017, has been behind the audio mix. During the mixing of Shenandoah, he graduated from a composition degree at Trinity Laban. Ben said: “At the time I was asked to take on the audio mix I was told it was a rather large project, but I would never have expected 400+ voices! It has been an absolute pleasure to work on such a uniquely gargantuan project.”

The video recording was put together by alumnus Tom King, who was a member from 1994, and toured the world twice with the choir: “As a musically minded "techy”, I couldn’t turn down an opportunity to help with Shenandoah - a piece I’ve sung with life-long friends and in amazing places all around the world; it brings back memories every time I hear it! Dealing with 406 videos - well over 100GB of raw footage - in the editing process was tricky and pretty time consuming, but I think the end result was worth it.“

Charlotte Dougan, of the NYCGB Alumni Champions Committee said: “In these very strange times in which we find ourselves, there are silver linings to be found. We made this recording because we love singing, we love our alumni family and we love this piece of music. It is a true Alumni project from conception through to production. The number of alumni who got in touch to get involved was amazing and there was a real sense of energy and love for this project. In a situation where we have been given time to reflect, it was very emotional to see and feel the love for something that unites us across the years. It is amazing what you can achieve with this kind of energy.

We are hugely thankful for fellow friends and alumni who went above and beyond to help, who ran sectional rehearsals, conducted us online, the individuals who recorded their parts, the team who spent hours and hours doing the technical side of things and joining the 400 plus voices together. We hope you love it as much as we do!”

Ben Parry, NYCGB Artistic Director & Principal Conductor said: “We’ve been blown away by the energy and commitment of the Alumni Champions Committee and former members who have taken part in this truly inspiring project. It’s heart-warming that so many felt motivated and able to take part, during these difficult and unusual circumstances, and is a fantastic example of how people can be united and empowered through singing together.”

The final video recording can be seen here. The official audio track is due for release on NYCGB’s digital music label on 7th August 2020. 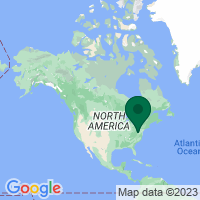 Nestled in the Blue Ridge Mountains in central Virginia, Shenandoah features rolling tree-lined hills, wooded hollows, spectacular waterfalls and a diversity of wildlife, all easily accessible from the scenic Skyline Drive. The park preserves a remarkable slice of southern Appalachian natural history and beauty with a dazzling array of recreational opportunities.

“They have inspired this beautiful song. And because I believe in the importance of preserving habitats for generations to come.”