I had visited five national parks before I visited Mammoth Cave, including the Grand Canyon, but it was at Mammoth Cave that I truly fell in love with national parks. You see, in none of my five previous park visits had I really understood that I was in a national park. Two of them happened when I was a child, too young to really get it. Two of them were in Hawaii and were excursions from our cruise ship where I just got on the bus and then stepped out into the natural beauty of Haleakala and Hawaii Volcanoes, again not understanding that I was in a national park. And the Grand Canyon…I was chaperoning a group of teenagers and was so overwhelmed by the grandness of the canyon that the fact that it was a national park escaped me. But then I went to Mammoth Cave.

We spent a long weekend in Mammoth Cave, staying in a tiny yellow cabin on park property that we loved and eating our meals in the park restaurant. We were up-close and personal with the rangers since entering the cave required going on a guided ranger tour. Four cave tours and 10 miles of above-ground hiking later, we were described as “hard core” by one of the rangers and still love to brag amongst ourselves as being “ranger-certified hard core.” In Mammoth Cave we interacted with the park in every way, enjoying the wonder of the cave and the solitude of above-ground hiking in a park themed on a cave. We were immersed in the national park and began to understand how national parks work.

On top of all of that, the visitor center sold me a book on the history of the national park service. This was before Ken Burns made the story so well-known in his documentary. I was on fire! That book was completed before we left the park. Not only did I understand much better what a national park was, but I also came to understand just how many there are! And that set in motion a decade of national park exploring. We’ve been to 21 parks now and have more planned…all thanks to a visit to Mammoth Cave that inspired a passion for parks. 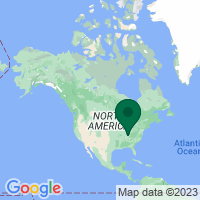 “They preserve the natural beauty and history of our great country. They give Americans the necessary wilderness to recharge and show each of us just how small we are in the much larger story of our beautiful country and it's history.”