I was about 10 years old and we were driving to FL from our home in IL (my first time outside of IL or WIS). I saw a battlefield on the map and asked to stop. My folks said we couldn’t… too many miles to cover and it was early in the day, so I fell asleep. Next thing I know, they woke me up as we pulled into Kennesaw Mtn. National Battlefield Park. I’d imagined craters from artillery, smoke rising from the earth, burned trees. So I was surprised when I viewed this pristine, beautiful park. But it didn’t matter. I was hooked on the Civil War all the same… and remain so to this day. Now, every time I drive with my family down to FL or other points South, we always stop at Kennesaw. Thanks so much, Pops (and NPS), for a lifetime of memories! 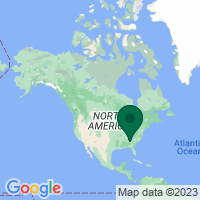 “NPS preserves the best of what and who we are, from history to our most beautiful sites. Thoughtfully, what the NPS chooses to preserve reflects the fact that we are a changing culture and society, and in light of that fact, the NPS chooses to lead as we evolve from what we were into what we will become. NPS aids us in the journey. Love it!”