Back in 2009, our family of three took a trip out west to the Redwood National forest and King’s Canyon National Park. We wanted to show our daughter,15yrs. old then, the giant redwoods and sequoias. We wanted her to experience the humbling effect - yet power, and comfort that was felt being among such enormous, beautiful, majestic, ancient trees. Two weeks into our trip, after seeing hundreds of beautiful trees, going on numerous hikes, and taking thousands of photographs, our daughter yelled, “not another hike to see a big tree - I want to go to a city.” We laughed and went on the hike anyway but eventually made it down to San Francisco. Yet, less than two years later she ended up attending UCBerkeley where she is now studying landscape architecture. One of her most calming places to retreat to is into the woods or into nature. She hikes and has a great respect for nature. It makes us smile. 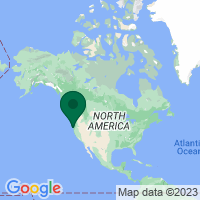 “All human beings need beautiful, natural environments where they can feel free from stress, noise and pollution. Where they can reflect upon their surroundings and feel the power of the planet. They need to see beauty as it is good for their souls.”