In the summer of 1957, my bride and I lived in a snug two room log cabin 6 miles up Cascade Canyon, just two miles below Lake Solitude. My job as ranger was to patrol the trail to Lake Solitude and the South Fork of Cascade Canyon, interact with the hikers and report to Ranger Head Quarters each evening. A dream job that has colored our lives!

More than fifty years later the memories still shine brightly… that first morning when we awoke to see a bear pressing his nose against the window; “our” resident bull moose who crossed the creek daily; visitors sheltering in our cabin from August thunder storms; watching the collapse of Schoolroom Glacier; marveling at the carpet of flowers in the Alaska Basin.; walking The Wall; glissading down the snowfield at the top of Paintbrush Canyon; swimming in the icy waters of String Lake; bushwhacking out Avalanche Canyon. So many special times!

We have visited national parks from Acadia to Denali, climbed Longs Peak in Rocky National Park; watched buffalo appear out of the mist at Geyser Basin, gazed into the deep blue waters of Crater Lake; laughed at nimble goats leaping from ridge to ridge in Glacier; were amazed at the magnificence of the Grand Canyon! So many wonderful parks a gift to us from our nation. Our favorite remains The Grand Tetons! 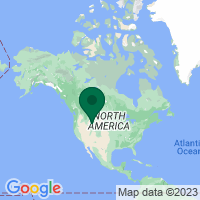 “ they are such treasures and must be preserved for future generations to enjoy as we have!”