It was April on the south rim of the Grand Canyon. I woke up early to find a blanket of snow covering everything, so I walked in darkness to take in the sunrise and the unfolding of a truly spectacular sight.

The Canyon’s pinnacles, ledges, cracks and crevices were dusted with snow, creating beautiful contrast between icy white and golden stone. At first I was alone, but soon lots of other people were out too, so I walked down the South Kaibab trail a couple hundred yards. That was all it took to get away from people, most of whom only gaze into the Canyon from above. I stepped to the side of the trail and sat down, elevated above the occasional hikers passing by. I was out of the wind and I was comfortable just watching the constantly changing light show before me. I sat there for hours as long shadows became shorter and snow-filled crevices melted.

After 32 years, I was coming to terms with who I really was. I began to look at the Canyon as a metaphor for my life. It was dark and coming out into the light. All the rough, craggy edges were smoothed out by the snow…like it was a brand new beginning. For over twenty years, I too had been lurking in the shadows; ashamed of who I was because so many around me told me I should be. I had never doubted that I was gay; I just never thought I would say those words aloud.

But there, just below the rim of this incredibly beautiful place, I saw an opportunity for a new beginning. I was no different than I was a few hours earlier, and yet at the same time, I was entirely different. I pledged that when I got home, I would be honest with those I loved about who I really was.

It was tough at first, but surprisingly, it got better, and my life was richer and happier.

Fast forward 14 months. Again I found myself on the rim of the Grand Canyon. It was before dawn, and snow was again on the ground. This time, though, it was the North Rim, and I was not alone. I told Roger to close his eyes as I led him to the edge for his first view of the place that got me to this moment…this perfect moment when every pinnacle, ledge, crack and crevice of this perfectly imperfect place was revealed in the growing light. We sat, hand-in-hand, on the opposite side of this miles-wide gash in the earth, and watched the sun rise together. 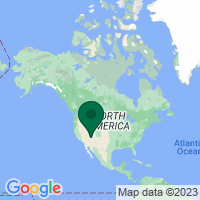 America’s Southwest is full of breathtaking canyons, but none as famous or as widely visited as the Grand Canyon. This world-famous landmark offers wondrous views, spectacular hiking, exhilarating whitewater rafting and countless adventures. One look across the enormous chasm confirms just why this inspirational place is one of the seven natural wonders of the world and a must-see destination for so many travelers. The park also protects a wealth of biological diversity, including numerous endemic and threatened species and several rare ecosystems.