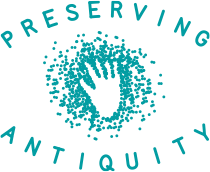 Utah’s Valley of the Gods lies some 30 miles across the Colorado Plateau from Monument Valley, its better-known counterpart. Its massive red-rock monoliths rise spectacularly from the valley floor — figures interpreted as ancient warriors by the Navajo who hold this place sacred.

Both Valley of the Gods and Cedar Mesa were part of the original designation of Bears Ears National Monument in 2016, an action that brought these existing federal lands to a higher level of protection —helping to prevent the looting of archaeological sites and curbing the threat of mining and oil and gas drilling nearby. The designation also provided a management partnership between local tribes and federal land managers to help ensure that these sacred lands were protected and appropriately interpreted.

That all changed on December 4, 2017, with a presidential proclamation that slashed protections for Bears Ears National Monument — a move that removed Valley of the Gods and Cedar Mesa from the park, leaving them vulnerable — despite the nearly 3 million public comments that opposed removing protections from public lands during a protracted monument review process.

We’ll continue to stand with tribal communities and millions of Americans to keep Bears Ears and Grand Staircase-Escalante protected as they were meant to be.

Within three days, NPCA and its allies in the conservation community took to the courts — following in the footsteps of the Native American tribes that had immediately filed suit — contesting the legality of the proclamation and attacking it as an abuse of presidential power. It was a sobering reminder that such threats are as clear and present today as they were more than a century ago, when the need to protect irreplaceable sites of antiquity inspired the creation of both the National Park Service and the National Parks Conservation Association.