Where the Wild Things Were

A trip to Las Vegas can bring out the wild animal in many of us—but visitors to the southern Nevada desert may not realize the kinds of actual wild animals that roamed the area long before the flashing lights and clanking slot machines took up residence on the Strip. A mere 30 minutes north of all the glittery casino action, a 23,000-acre swath of the desert known as Tule Springs could become one of our next new national monuments—and you might call this remarkable place “where the wild things were.”

For nearly a quarter-million years—until around 7,000 years ago—this arid desert wash was a lush wetland, and home to some of the most massive and unusual species ever to walk the continent. 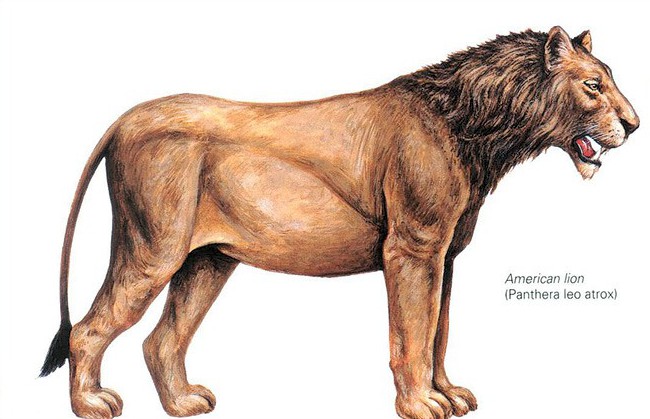 Here are five of the many critters scientists have discovered that roamed, munched, stalked, gnashed, lived, and died in the area.

1. Dire Wolf Recently featured in the popular HBO series Game of Thrones, this close relative of the gray wolf was the largest and heaviest canine species ever to exist. Following proper table etiquette was not on the menu for this animal, which used its rear teeth for tearing and swallowing bites of flesh whole; it did, however, appear to be a member of the “clean plate club,” as evidence suggests it ate the bones of its prey along with the meat. Scientists had previously found fossils of the animal in the La Brea tar pits near Los Angeles as well as other areas of the Southwest; University of Nevada, Las Vegas (UNLV) researchers uncovered the first remnants at Tule Springs in December 2012.

2. Sabre Tooth Cat This lion-sized cat roamed the proposed national monument more than 11,000 years ago. The species was known for having massive, sharp-as-knives canine teeth with an overbite so large, it would normally only be found in orthodontists’ nightmares. Scientists speculate that this fierce feline would use ambush tactics to corner, then disembowel prey with its teeth. The species became extinct approximately 10,000 years ago, with no known descendants. Paleontologists from the San Bernardino County Museum first verified remains of the animal in December 2012.

3. Columbian Mammoth Think of that massive woolly mammoth in the Ice Age movies, then think of a much larger creature, without hair. Columbian mammoths, up to 18 feet tall, were the largest animal in the elephant species, with molars the size of a human head and tusks longer than most basketball players are tall. The animal was never one to be scolded for not finishing its vegetables, consuming an average of 300 pounds per day—a testimony to the lush plant life that flourished at the proposed national park site. The animals ranged from the southern half of North America into Mexico before going extinct thousands of years ago. Among numerous other remains, paleontologists have uncovered several intact tusks—including one that was nearly 11 feet long.

4. Camelop The Greek name Camelop translates to “camel face,” and this mysterious creature was the last prehistoric camel species native to North America. Researchers believe the animal—which was closely related to llamas—was hunted to extinction approximately 10,000 years ago, and evidence is unclear whether it had a camel’s trademark hump. Camelops also served as tasty treats for their fellow Tule Springs residents, such as dire wolves and American lions.

5. American Lion These kings of prehistoric Las Vegas were one of the largest types of cats ever to have roamed the earth, estimated to be about 25% larger than modern-day African lions. American lions were in the same family as many big cats, such as cougars, panthers, and other mountain lions.

Dense with fossils and scientific data, Tule Springs tells the story of survival, extinction, adaptation, and evolution, over a period of more than 200,000 years. The proposed monument has already attracted interest from scientists worldwide. Active excavations are expected to create significant public interest.

For years, NPCA and a diverse group of local advocates have championed legislation that would preserve Tule Springs as a national monument. This legislation has been cosponsored by Nevada’s entire bipartisan congressional delegation and supported by Nevada’s governor and state assembly—as well as local officials, tourism organizations, educational institutions, and the nearby Nellis Air Force base. 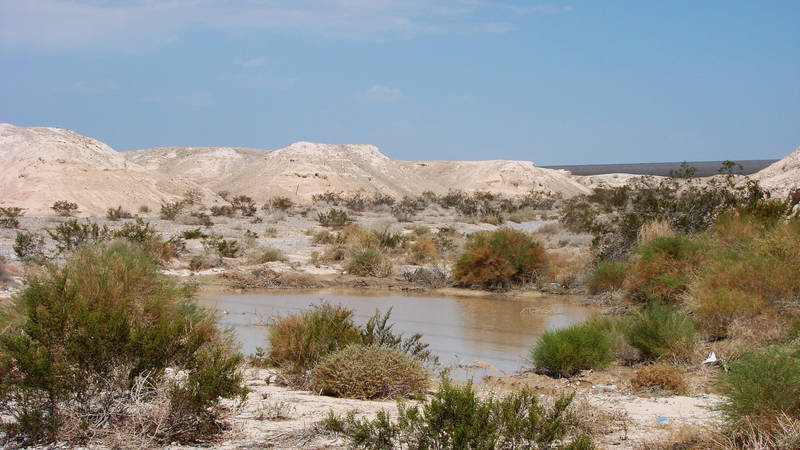 This arid desert wash 30 minutes north of Las Vegas was once a lush wetland, home to some of the most massive and unusual species ever to walk the continent.…

Will it happen? We hope so. Declaring Tule Springs as a national monument would help scientists, students, and the public learn more about the fascinating history hidden under these desert lands and preserve them for generations to come. Even if Congress does not act on this legislation by the end of this year, President Obama could use the Antiquities Act to declare this area a national monument—making sure that what once happened near Vegas … would stay near Vegas.

Read our related story, “Tule Springs Could Be Our Newest National Monument, Thanks in Part to One Dedicated Volunteer.”