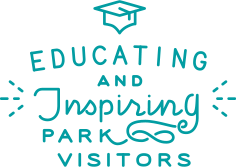 From its earliest days, NPCA has introduced the public to the splendor of America’s national parks and celebrated their capacity to teach — and even to transform — all of us.

In the summer of 1916, the United States had 14 national parks and 21 national monuments — and while their oversight fell to the Department of the Interior, there still was no centralized agency dedicated to their management.

But that was about to change. The men who would go on to found NPCA, Stephen Mather and Robert Sterling Yard, had been feverishly campaigning for the creation of a unified National Park Service for 18 months — from Mather’s famous “mountain party” of influentials exulting in the grandeur of the parks to Yard’s numerous articles extolling their educational and economic value to the nation

What finally tipped the balance was “The National Parks Portfolio,” a lavishly produced tome that paired Yard’s effusive prose with stunning photographs of parks such as Glacier, Yellowstone, Crater Lake and Grand Canyon, giving many Americans their first glimpse of the wondrous public lands they shared.

In his foreword, Mather wrote:

This Nation is richer in natural scenery of the first order than any other nation; but it does not know it. It possesses an empire of grandeur and beauty which it scarcely has heard of. It owns the most inspiring playgrounds and the best equipped nature schools in the world and is serenely ignorant of the fact. In its national parks it has neglected, because it has quite overlooked, an economic asset of incalculable value.

The first printing of “The National Parks Portfolio” exceeded a quarter-million books, and Mather made sure that a copy found its way to the desk of every member of Congress. Before the summer’s end, President Woodrow Wilson signed the Organic Act of 1916 into law, establishing the National Park Service.

But that was only part of the vision Mather and Yard shared for the nation’s parks. From the beginning, they knew that public lands would need an informed and inspired public to protect them, an independent voice free from political or commercial interests.

“I’ve always only seen nature through a camera, like on TV, so being out here in nature is different. You get to experience it firsthand.” — Esther Acosta, Mojave Star Party participant