Dream up your next national park adventure as you flip through this stunning new photo book. Read about some of the work that went into creating it and where to get your own copy.

Last spring when Time Home Entertainment approached the magazine staff with the idea for a photography book focused on the national parks, we were thrilled. A few years back, it seemed like no one had heard of National Parks magazine, and now a well-known publisher considered us the experts on park photography—and they were willing to contribute tens of thousands of dollars to NPCA to make the book happen. 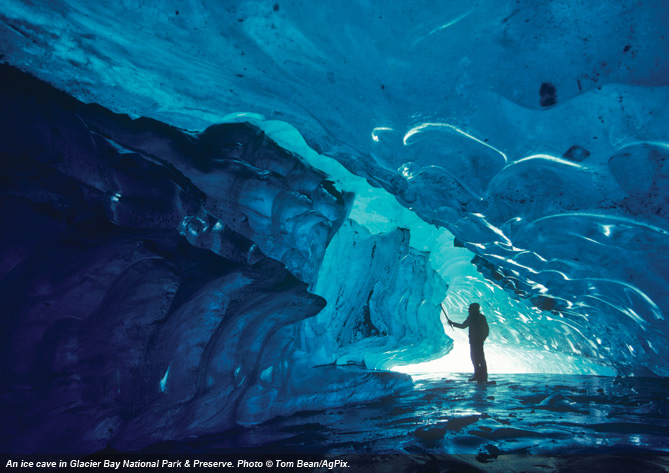 Most of the time we’re looking for photos for our magazine that tell a specific story, but in this case we had to showcase the best of nearly 400 park units in roughly 200 pages—and make sure we weren’t producing something that had already appeared on bookstore shelves dozens of times. So we looked through our back issues in search of some inspiration, and we started by plucking some of our favorite images. We didn’t want the postcard shot that everyone had seen hundreds of times. We wanted that close-up of a grizzly’s paw in Katmai, colorful aspen leaves in Rocky Mountain, a mountain climber gasping for air in the Tetons, and those magical images of light trails that a German couple had captured in our desert parks. We wanted shots that told a human story or offered a new perspective on a place—photos that didn’t scream “Yellowstone” or “Yosemite,” but that whispered something unexpected to draw you even closer. Like the feeling you get when you run into a good friend you hadn’t seen in years, but whose features immediately bring a smile. Like a forgotten song that prompts you to turn up the volume, even if the lyrics aren’t on the tip of your tongue. 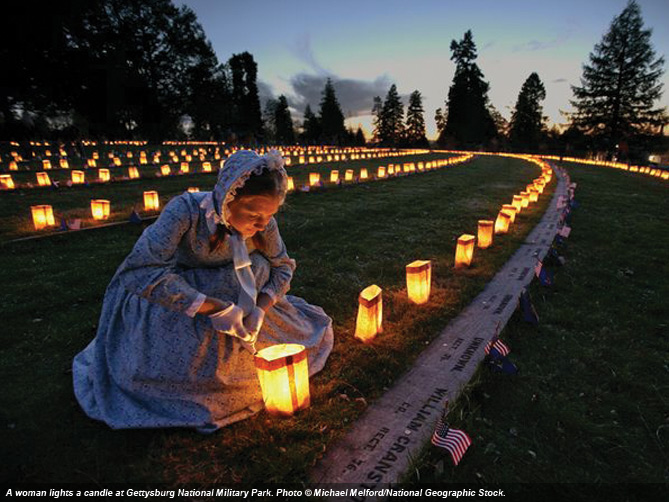 We reached out to some of our favorite photographers and a few agencies and asked them to pick 20-30 of their recent favorites. Most photographers sent us closer to 100. But we couldn’t blame them. We know what it’s like to take an amazing image and hit the delete button—we do it dozens of times with every issue of the magazine. And this project forced us to do it hundreds of times. 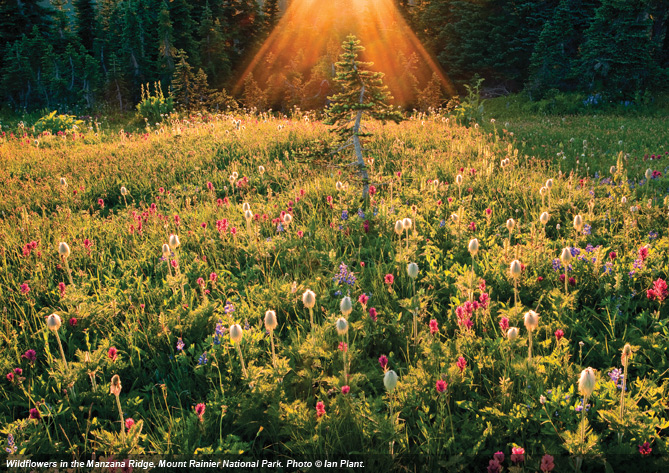 Once we started gathering images, we realized we needed some way to organize the book. A regional collection seemed thoughtless, almost as silly as an alphabetical rundown. So we settled on themes like The Mountains, The Trees, The Coast, and even quirky tags like The Middle, to signify the oft-overlooked parks in the center of the country. Alaska’s millions of square miles of parkland needed an entire chapter, and historical and cultural sites got their own spotlight, too.

We think America’s National Parks is a great way for travelers to remember the parks they’ve already visited, and even better, to pick the next one on their list. We also think it makes a great gift for the park lover or photo buff on your holiday shopping list. We hope you agree.