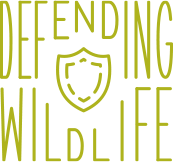 National parks are home to a wide array of wildlife species — and NPCA has fought for their protection from the outset.

It’s hard to imagine a place like the Everglades without Florida panthers, but it nearly came to pass.

First listed as endangered in 1967, the native population of the iconic wildcat had dwindled to just 30 by 1995. Even worse, those individuals suffered from genetic abnormalities ranging from heart defects to low sperm counts that threatened the very survival of the struggling Florida population.

It seemed clear that replenishing the panthers’ gene pool would be a key to their recovery, and that time was of the essence. NPCA encouraged the U.S. Fish and Wildlife Service to allow the transfer of eight healthy female cougars from Texas — genetically similar to their Florida counterparts — even paying the costs of relocating and introducing the newcomers into the environment.

Though initially controversial, the breeding program efforts paid off over the next decade as the native population of Florida panthers tripled. The hybrid cats outlived their purebred peers — and follow-up studies revealed increased genetic diversity after the introduction of the Texan wildcats. The new generation even expanded its range in Everglades National Park and Big Cypress National Preserve into areas previously thought to be unsuitable for panthers — landscapes we’re fighting to protect to this day.

A lot of scientists said this kind of genetic rescue would not work… Some thought it would be a waste of time, a waste of money.

It’s a success that stems from the earliest days of NPCA, when our very first issue was addressing the slaughter of Yellowstone elk moving beyond park boundaries in search of forage amid a severe winter — even supplying hay to help keep the elk herd in the park, safely away from hunters.

A century later, conservation science and wildlife management practices have evolved, but the notion that inspired those early actions hasn’t changed: A comprehensive approach to protection must consider what happens both within and outside the borders of our national parks — connecting, protecting and restoring the habitats wildlife depend upon for survival.

On the borders of Yellowstone National Park, decades-old barriers to pronghorn migration are opening one day at a time thanks to the hard work of volunteers and willing private landowners.