My Members of Congress Are Friends of the National Parks. Are Yours?

I was lucky enough to grow up in Northern California, just across the majestic Golden Gate Bridge from San Francisco. Not only is this area uniquely beautiful, with its foggy bay mornings, its 800-year-old redwood trees, and its pristine seashores alive with tule elk and elephant seals—it is also a politically active and connected community of outdoor lovers. We don’t just boat and hike and bicycle through our many natural and historic wonders—we stand up and help protect them for future generations. 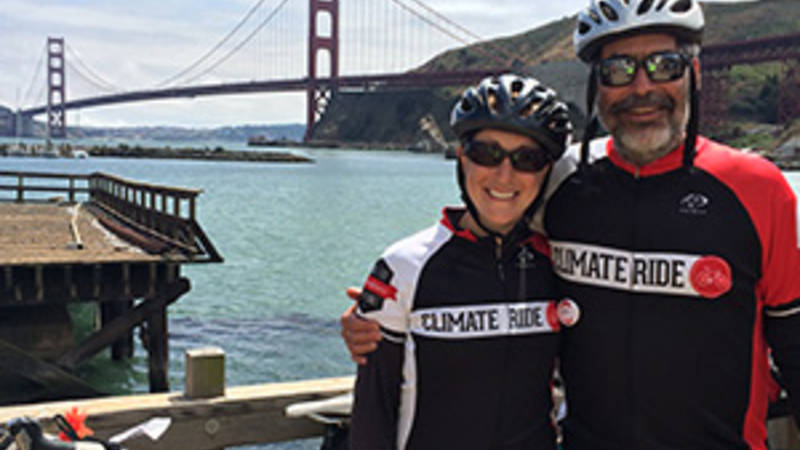 The author with her father Steve at Golden Gate National Recreation Area.

At a young age, I learned the importance of public lands and outdoor space as a place to have fun, be active, get a little dirty, refresh and reboot, and enjoy the company of friends and family. Now, as a staff member at NPCA, I’ve learned how important it is to continue to preserve and protect our public lands for future generations to enjoy.

Luckily, my congressman and senators, Representative Jared Huffman and Senators Barbara Boxer and Dianne Feinstein, also see the importance of protecting our public lands. They are three of 228 members of Congress receiving NPCA’s Friend of the National Parks Award for their support of the National Park System through legislative votes in the 113th Congress (2013-2014). See how your senators and representative voted on national park issues.

It’s true: Congress may seem constantly deadlocked, but many elected officials still try to do the right thing when it comes to crucial park-related bills. Here are the issues we used to determine this year’s Friends of the National Parks.

We often hear that nothing ever gets done in Washington, D.C., but over the last few years, the actions of some legislators resulted in real benefits for national parks and helped thwart a few harmful policy decisions, too—even if we didn’t win every fight. After reviewing voting records and announcing this year’s Friends of the National Parks, I’m encouraged that many in Congress are on the right track to help protect our national parks as we approach their centennial year.