Twenty-five years ago this month, a malfunctioning garage door opener almost changed the fate of the California desert.

The California Desert Protection Act of 1994 (CDPA), signed into law by President Bill Clinton on October 31, established Joshua Tree and Death Valley National Parks (both had previously been national monuments with fewer protections) and added 1.3 million acres to Death Valley, making it the largest national park outside of Alaska. The act also established the 1.4-million-acre Mojave National Preserve. And it created 69 wilderness areas throughout the desert, more than 3.5 million acres, all told.

This landmark legislation redrew our maps of the California desert, set the stage for a quarter-century of further desert protection campaigns, and laid the foundation for today’s multimillion-dollar desert tourism industry.

These days, people who don’t appreciate the CDPA are a little scarce in the California desert. But in the years leading up to 1994, the bill was one of the most bitterly contested in Congress.

Nearly two decades earlier, in 1976, a Barstow-based group, Citizens for Mojave National Park, started advocating to protect the area now known as Mojave National Preserve. The idea gained traction among environmentalists in the years that followed. In 1986, that idea in somewhat modified form became part of a desert protection bill introduced by California Sen. Alan Cranston. It failed passage, largely due to opposition from Cranston’s fellow California Sen. Pete Wilson. Cranston introduced it again in 1987 and 1991, unsuccessfully but with growing support each time.

Wilson was not alone. He and other opponents of the desert bill in Congress were backed by an unwieldy coalition of off-road vehicle users, small-scale miners, old-school desert residents suspicious of “government intrusion,” and a burgeoning corporate-influenced political movement opposed to public lands protection that became known as the “Sagebrush Rebellion.”

On the other side, supporting desert protections, were most environmental organizations, the editorial boards of Southern California’s largest newspapers, and councils of around 40 California cities, representing well over half the state’s population. The bill also gained wider support in both houses of Congress after an inspired lobbying effort by husband-wife team Elden Hughes and Patty Carpenter, who stalked Capitol Hill with a box full of baby desert tortoises. The tortoises are a threatened species whose survival depends on intact desert habitat, and they proved to be able lobbyists, granting proponents access to otherwise indifferent congressional staff.

“At least one of those tortoises traveled about 100,000 total miles,” Carpenter told me recently. “That’s probably a record lifetime travel for a desert tortoise.”

By 1994, California’s Senate delegation had shifted solidly toward support for the CDPA, with freshman Sen. Dianne Feinstein taking the lead from the retiring Alan Cranston. CDPA opponents, led by Sen. Malcolm Wallop (R-WY), faced overwhelming public support for the bill and resorted to a barrage of parliamentary procedures to slow its progress. One of the biggest points of contention was the creation of a new Mojave National Park, which would have banned hunting from a popular scenic area.

Petroglyphs at Mojave National Preserve, a site that proved to be contentious in the creation and passage of the 1994 California Desert Protection Act.

The boundaries of the proposed Mojave National Park were redrawn several times. One especially controversial version of those boundaries, proposed by opponents of the bill, would have omitted many of the popular features cherished by visitors, such as the Hole in the Wall rock formation and Piute Creek, the only stream that flows year-round in the area. Some of these landmarks were restored in the final version of the bill, and desert protection activists agreed to a compromise that allowed continued hunting in the new park. The proposed new site was reclassified as a preserve, where hunting is permitted, rather than a national park, where such activities are forbidden.

By October 1994, the bill had passed by large margins in both the House and Senate, and all that remained was for each house to approve what is known as conference version of the bill, which reconciles differences between the versions passed in each chamber. The bill appeared to be on its way to finally becoming law.

That’s when the lead opponent, Sen. Wallop, started a last-gasp filibuster to prevent the vote.

For hours, his filibuster held up the proceedings. The day after the Senate had been scheduled to adjourn, the session continued. Leaders scheduled a vote at 9 a.m. to end the filibuster and had an hour to find 60 members to put an end to the roadblock — but many senators who favored the bill had left town the evening before, and CDPA proponents were one vote short.

But one notable supporter was missing from the room that morning: Illinois Sen. Carol Moseley Braun. Little did anyone know she was spending the early hours of her day struggling with her garage door opener and could not get to her car.

As the last seconds of the hour ticked away and the total number of votes still stood at 59, the CDPA seemed doomed to fail for the fourth time — after years of tireless work by advocates, not to mention all those tortoise lobbyists.

But just as the vote was coming to a close, Sen. Moseley Braun ran into the Senate chamber. She had finally managed to hail a cab to the Capitol building and burst in with both hands held high to cast the decisive vote.

Sunset over rocks and plants at Joshua Tree, which officially became a national park through the California Desert Protection Act of 1994.

Some detractors, especially in the off-roading community, predicted widespread controversy over the new national parks and wilderness areas. Local House Rep. Jerry Lewis, who had sympathized with the Sagebrush Rebellion, continued to thwart protection efforts by allocating an annual budget for the new Mojave National Preserve of exactly one dollar.

Then the dust settled a little. Mainstream off-roading groups acknowledged that there were still thousands of miles of open routes available to them in the California desert. Conservationists’ attention was drawn to a different issue, and many lent support to Native American activists campaigning against a proposed radioactive waste dump in a different part of the desert (eventually defeating it). Visitation slowly ramped up at the new parks, as desert travelers decided to check out what so many had decided was worth preserving. 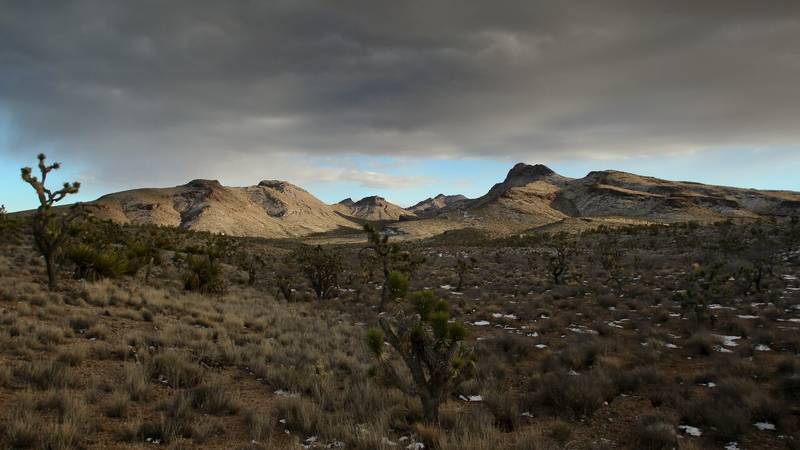 Eventually, the California desert’s three large park sites seemed as though they had always been inscribed on the map. Joshua Tree National Park slowly became one of the system’s most popular crown jewels. In 2009, prompted by threats of energy development on the land between Joshua Tree and Mojave, Sen. Feinstein introduced the California Desert Protection Act of 2010, which would have preserved vulnerable areas between these major parks. The bill specifically sought to create two new national monuments (Sand to Snow and Mojave Trails), expand Mojave National Preserve and nearby wilderness areas, designate two Wild and Scenic Rivers, and require a number of planning measures to develop renewable energy more responsibly on public lands in the desert.

Like its predecessor, the bill took years to reap success. Although the original legislation failed, in 2016 President Barack Obama designated three new national monuments in the California desert to address these development threats — the two in the original bill and Castle Mountains, land that the 2010 legislation would have added to Mojave National Preserve. The rest of the land protection provisions in the 2010 bill finally passed Congress in 2019 as part of the John Dingell Public Lands Act.

None of these more recent gains would have been possible without the hair’s breadth passage of the 1994 bill, which set in motion what would become protection of the largest contiguous stretch of conservation lands in the lower 48 states. Today, desert advocates are continuing to defend these victories from rollbacks and working to fend off new threats to our precious and vulnerable desert lands and waters.

Now, as we celebrate the 25th anniversary of the original legislation, we can take two lessons from this.

Lesson one: Campaigns to protect desert lands sometimes run for years without apparent results, only to suddenly succeed beyond your expectations.

Lesson two: Always make sure your garage door opener is in good working order. You never know when you’ll really need it.