A century ago this Sunday, Zion National Park lost its Paiute-inspired name, in part because the National Park Service felt it was hard to pronounce and deterred prospective visitors. Now this Southwest park is the country’s third most popular national park and is struggling to deal with increasing crowds.

Last year, a record 4.5 million people visited Zion National Park, making it the country’s third most visited national park behind Great Smoky Mountains and Grand Canyon. Zion is now so popular that park officials are considering implementing a reservation system to limit the number of visitors and minimize the impact of crowds on the park’s delicate soils and vegetation.

A century ago, the National Park Service was facing the opposite problem. 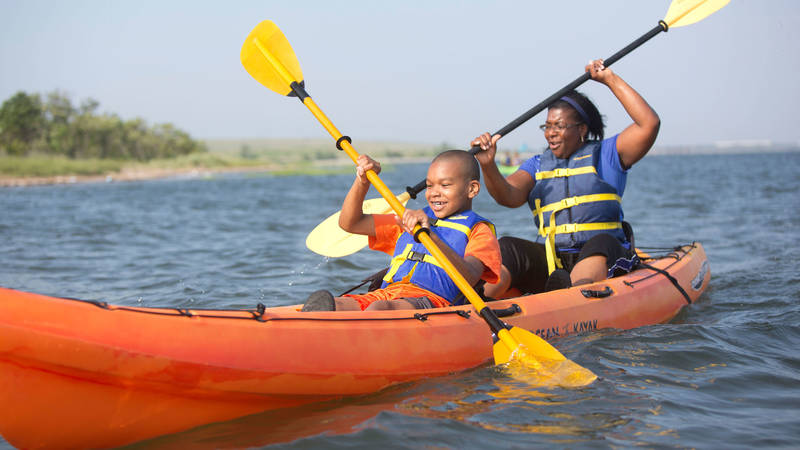 National parks continued to serve as popular tourist destinations in 2017, with dozens of sites seeing all-time highs in numbers of recreational visits. Here are the 10 most-visited places in…

Back then, very few people made their way to this southwestern Utah canyon, carved by the North Fork of the Virgin River. Horace Albright, the Park Service’s acting director, thought he knew one of the reasons people stayed away: Mukuntuweap National Monument, the park’s original name.

“I felt ‘Mukuntuweap’ was too difficult to pronounce and really tough to spell,” he wrote after visiting the national monument in 1917.

John Wesley Powell, who surveyed the area in 1872, had originally bestowed the name “Mukuntuweap” on the canyon to honor the Southern Paiute, who had lived in the region for centuries. The Paiute word “Mukuntuweap” is believed to mean “straight canyon” or “straight river,” although other translations have included “the place where the Great Spirit dwells” and “Muggins’ farm” (“Muggins” was the name local settlers had given to a Native American man who had a small garden plot at the entrance of the canyon).

A.M. Woodbury, who worked as a naturalist in Zion in the early 1930s, wrote that the Southern Paiute actually called the canyon “Ioogoon” (“the arrow quiver”) and that the name “Mukuntuweap” was never popular among the Mormons who had started settling in the area during the 1850s. In 1861, one of the settlers, Joseph Black, ventured far into the canyon on his horse and was so amazed by the cliffs’ grandeur and beauty that he rushed back to tell the others.

#{image.caption}
A view of an entrance station at what is now Zion National Park. The photo was taken in 1929, 12 years after the name change. The Three Wise Men and part of East Temple are shown in the background.   National Park Service photo by George A. Grant.

“He described the wonders that he had seen in such glowing terms that the people dubbed the canyon ‘Joseph’s Glory,’ half in derision at his fanciful tales,” Woodbury wrote.

Within a couple of years, three men (“typical Western renegades,” as Woodbury called them), settled inside the canyon, raised livestock and grew corn and tobacco. One of these men, Isaac Behunin, would sit in his yard and contemplate the towers of rock surrounding him. “Here we have natural temples,” he apparently said. “We can worship as we please.” Behunin thought the canyon was just as deserving of the name “Zion” as Salt Lake City, which had first been envisioned as the “City of Zion.” He decided to call the canyon “Little Zion.”

Not everyone agreed. Brigham Young, the leader of the Church of Jesus Christ of Latter-Day Saints, visited the area several years later and questioned the morality of the men who lived there, ultimately objecting to the Zion moniker. “No, it’s not Zion,” he reportedly said. “Zion is the place where the pure in heart dwell.” He refused an invitation to visit the canyon, and locals jokingly started to refer to the canyon as “Not Zion.”

President William Howard Taft unintentionally complied with Young’s wish when he used the power of the Antiquities Act to proclaim the Mukuntuweap National Monument in 1909. 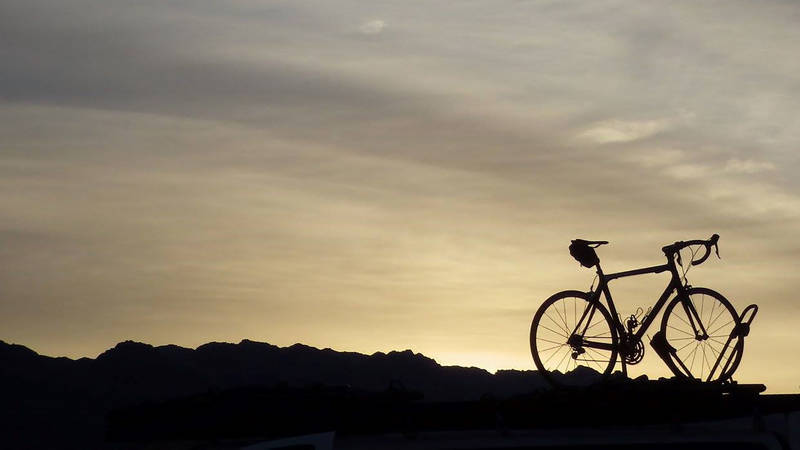 From leisurely rides to challenging climbs, national parks offer riding opportunities for cyclists of all abilities. Check out top recommendations and advice from NPCA enthusiasts on where to go and…

When acting Park Service Director Albright visited Mukuntuweap in 1917, he was the first Interior Department official to set his eyes on the canyon. He was stunned. “Local Utah people said that Yosemite was a Zion without color,” he wrote. “But this didn’t faintly prepare me for the reality of the towering rock walls, splashed with brilliant hues of tans and reds interspersed with whites. The great towers, temples, spires, and peaks appeared unearthly as they encircled the narrow, lush gorge cut by the sparkling Virgin River.”

The park instantly became one of Albright’s favorites, and from that day he decided it would be his “personal crusade to mold it from a little national monument into a great national park.” Albright also noticed that the locals he interacted with all used the name “Zion” for the place, and he resolved to push for the name change back in Washington, D.C. The following year, President Woodrow Wilson renamed the park “Zion National Monument,” and in 1919 Congress redesignated it as “Zion National Park” (a separate Zion National Monument was established in 1937 and incorporated into the national park in 1956).

About 300 people had visited Mukuntuweap in 1914, and 1,814 made the trip to Zion National Monument/Park in 1919, the first year with official visitation statistics. From there, the number of visitors grew almost continuously each year as the park improved roads, dug the Zion-Mount Carmel Tunnel, created trails, built two visitor centers and started ferrying visitors on shuttles.

Zion is now becoming a victim of its own success. Lines to get inside Zion, find a spot at a parking lot and board one of the park’s shuttles are getting longer, and campgrounds and trails are deteriorating faster. Funding for the park is 10 percent less than a decade ago, and so fewer rangers must handle much larger crowds and deal with an increasing number of emergency incidents. More people venture off trails, trampling vegetation and carving more than 30 miles of rogue footpaths in Zion Canyon.

Last summer, park officials issued proposals to limit the number of visitors in the park and at specific sites within the park, a move that NPCA supports. “We believe creating a canyon-wide timed-entry or reservation system is the best solution for managing levels of visitation during peak times to protect the visitor experience along with the health and integrity of park resources,” wrote Cory MacNulty, NPCA’s Utah senior program manager, in comments submitted to the park.

The Park Service is currently reviewing comments and is planning to release a visitor use management plan and an environmental assessment that will also be subject to public comments this fall. Zion is one of several parks grappling with whether to require reservations as a way to help limit the effects visitors are having on the park.

“I knew that as soon as publicity to create a national park was spread in newspapers and magazines, with accompanying pictures to show its beauty, tourists would begin to come, probably in droves,” Albright wrote. On the hundred-year anniversary of his “rebranding” campaign, it seems his dream has materialized beyond his expectations.