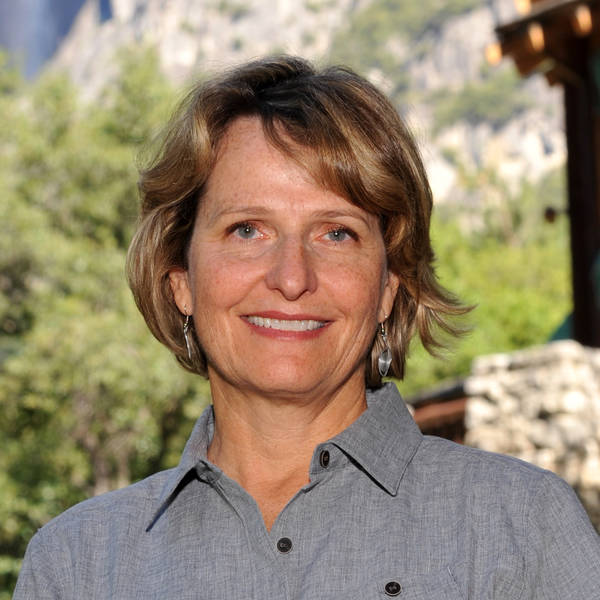 Theresa Pierno is President and CEO of the National Parks Conservation Association. She joined NPCA in 2004 after a distinguished career in public service and natural resource protection, and has helped to solidify the organization's role as the voice of America's national parks.

As President and CEO, one of Theresa’s top priorities for the organization is connecting more diverse and younger people to our national parks.

“For me, it’s about making sure that we have more people—diverse communities, young adults–connecting with these places and understanding that national parks play a primary role in the foundation of our democracy and the future of our ecosystems. Protecting parks is protecting both of these things that are so fundamentally important to all of us.”

In addition, under Theresa’s leadership, the organization’s strategic focus is on ensuring that as the leading advocate for national parks these places continue to be protected and have the resources and infrastructure they need to thrive in their second century.

Prior to becoming President and CEO, Theresa served as NPCA’s Chief Operating Officer and played a critical role in the recruitment of talented, diverse and experienced staff, led the development of strategic priorities with a focus on water and land use policy, and helped to ensure the financial health of NPCA through revised management practices and successful fundraising efforts. Further, in an effort to engage and inspire new park stewards and advocates, she formed NPCA’s Next Generation Advisory Council—a group of young rangers, civil servants, public land advocates, educators, students and activists with a strong desire to lead national park advocacy efforts well into the future.

Theresa first joined NPCA in 2004 as Vice President of Regional Operations. In that role, she successfully doubled the field program to include more than 60 staff working in 24 offices across the country. The move further enhanced NPCA’s connection to national parks and their gateway communities and helped to solidify the organization’s role as the voice of America’s national parks.

Theresa is the Co-Founder and Co-Chair of America’s Great Waters Coalition, a group of 70 member organizations working together to protect and restore waters in and around our national parks that are central to the health of the ecosystem and the recreation of their visitors. Prior to joining NPCA, she served as a Vice President for the Chesapeake Bay Foundation (CBF) and Maryland Executive Director.