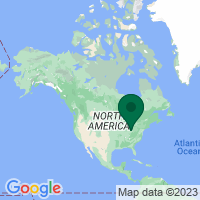 In 1884, Second Lieutenant Charles Young became just the third African American to graduate from the U.S. Military Academy at West Point. Young distinguished himself as a soldier in the Ninth U.S. Cavalry, one of the black troops known as the Buffalo Soldiers that served, among other roles, as some of the nation’s first park rangers. Despite the rigid segregation of the U.S. military at the time, Young rose through the ranks to become a colonel; served as a professor of military science, French, chemistry, geometry and geology at Wilberforce University in Ohio; and went on to become the first African American acting national park superintendent at Sequoia and Kings Canyon National Park in 1903. The national monument preserves Young’s home in Xenia, Ohio, and helps tell not only his story, but the story of life as an African American soldier in the 19th century.