Having been to over 30 national parks, we didn’t expect an early morning visit on March 5, 2019 to Guadalupe Mountains National Park to be one of our most memorable experiences. While driving into the park on the way to the visitor center, we noticed a majestic scene unlike anything we had ever seen before. Like a winter wonderland, everything above ground was glistening in the brightest color of white we had ever seen. However, nothing on the ground was white (dirt, grass, straw, etc.)

When we entered the visitor center, we made a beeline to the park ranger booth and inquired about the fascinating landscape. To our amazement, he had a meteorological explanation for what we had just seen … hoar frost. Having lived in the cold climate of Chicago for over 65 years, we were amazed to learn about something completely new to us. Although this never happens in the Windy City, the ranger told us that a hoar frost occurs about two times a year in this part of the Guadalupe Mountains. He explained that hoar frost forms when the water vapor in the air comes into contact with a solid surface that is already below 32 degrees. Like ground frost, this only occurs when the air is still. The longer the duration, the more spectacular the scenery.

The attached picture is one of many amazing photos we took that morning. We were fortunate to have been in the right place at the right time. 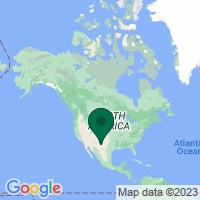 This wilderness area preserves the largest exposed fossil reef on Earth, showcasing remnants from an underwater world that existed 260 million years ago when this part of West Texas was covered by the sea. Visitors can explore the park’s striking mountains or hike a stream bed through the winding limestone walls of McKittrick Canyon, where deciduous trees and other vegetation stand in vibrant contrast with the surrounding desert.