For years I had seen nature documentaries with the bears of Katmai National Park standing in the river near Brooks Falls as the salmon are spawning. The bears are like shortstops, grabbing the salmon in mid-air as the fish leap upstream, and then devouring their catch in a couple of bites. We arrived at Brooks Camp by floatplane and had bears in view almost continuously from just before landing – seeing them from the air – until we departed. It was a thrill to see this spectacle live, but I also enjoyed the unexpected experience of watching the National Park Service rangers manage the interaction of bears and human visitors.

After the rangers’ mandatory bear-awareness talk at the Visitor Center, we ate a snack within a small picnic area fenced off with electric wires and then surrendered all our food in a storage room. Almost immediately, rangers warned that two bears were approaching on the trail. We were told to stay at least 50 yards away as the rangers tried to discourage the bears from taking that path.

To get onto the Falls Platform, the viewing platform where tourists are closest to the bears in the river, we signed up with a ranger and took a restaurant-style pager. While waiting, we stood on the Riffles Platform, watching a dozen bears in the river. When our pager signaled that it was our turn to move to the Falls Platform, a ranger led us onto the boardwalk and explained several rules, including “no cheering when a bear catches a salmon; no cheering when a salmon makes it past the bears.”

Back at the Visitor Center, rangers from time to time hurried tourists off the trails and lake beach when bears approached. When two bears decided to sit for a while in the undergrowth near the Visitor Center, the rangers had to charge into the bushes, shouting and waving arms, to chase the bears away. The rangers informed each other by walkie-talkie of bears approaching from all directions as they fielded questions from visitors. When I was back at home in Washington, DC, I told the Park Service rangers at Kenilworth Park and Aquatic Gardens what easy and stress-free jobs they had, compared to their colleagues at Katmai. 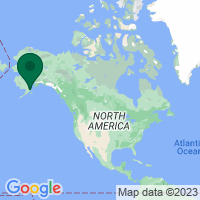 President Woodrow Wilson established Katmai National Monument in 1918 to preserve the "Valley of 10,000 Smokes," so named when the Novarupta Volcano filled the valley with a 100- to 700-foot-deep ash flow.