It was our first visit to Cape Cod off season. After hoofing along the sands for an hour or so, I happened to look back at our receding tracks; amazingly, they were as natural as those of the shore birds in that they appeared marvelously wobbly. Beyond Nauset Light blinking white and red in the misty air, we sat on a piece of driftwood for a moment or two as the waves thundered in, hissing with foam, sometimes light green in color, and pungent with brine. Each incoming wave had a distinctive quality; some were crested high like cobras; others rolled in sluggishly to be absorbed by larger waves which in turn were double or triple decked; still others flopped with a hollow sound and turned brown with churning sand. All waves had one thing in common, incessant movement, all with a roaring sound. As each wave thundered shoreward, it was as though a million years were erased in foam. 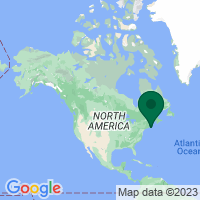 Famous for its windswept beaches and spectacular views, Cape Cod National Seashore offers a quintessentially New England experience, from Nauset Lighthouse to the seaside cottages that nestle among the dunes. The park’s 43,000 acres make up most of the curving peninsula between Chatham and Provincetown, featuring barrier islands, pine and oak forests, wild cranberry bogs, kettle ponds, tidal flats, and historic structures from the area's long maritime history.