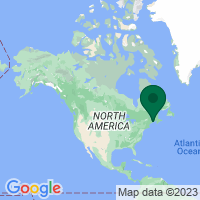 Along the rugged coastline of Maine, this gem of the Northeast offers ocean shoreline, coastal forests, remote islands, rocky mountains and historic lighthouses. With 45 miles of historic carriage roads to bike and 125 miles of trails to hike, Acadia is a premier destination for the adventurous and outdoorsy. Among the park’s granite peaks is Cadillac Mountain, which at 1,530 feet stands as the tallest mountain on the Atlantic coast.

“National parks are one of the best features of America. I want to see them all. ”