I visited Canyonlands as an old woman who had had her left hip replaced several months before. We camped in Moab, Utah, close to the park. I was concerned about my ability to handle the hiking at the park, but was determined to try. And it was a ecstatic moment when we to and through the portion called Island in the Sky. My hip worked and my legs still moved, and I was given the park. 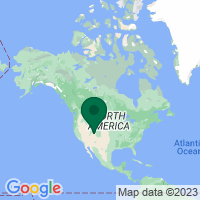 Canyonlands National Park preserves an immense desert wilderness sculpted by the Green and Colorado rivers and featuring hundreds of colorful canyons, mesas, buttes, fins, arches and spires. The Island in the Sky District is the most accessible and popular section of the park — a mesa with spectacular views of the surrounding canyons. The Needles is a vaster territory below the Island in the Sky where visitors can hike among the sandstone spires and breathtaking rocks.

“They are wild places, places of solitude, so little valued or sought in our current culture.”