On the surface, it looks like any other unassuming dive bar in New York City. Beneath the surface, it’s the site that launched the modern-day LGBTQ+ civil rights movement. The odds are, if you’re LGBTQ+, it’s a pilgrimage and rite of passage to visit the Stonewall Inn.

As former commuters of NYC, stopping by Stonewall to catch up with a drink was a common occurrence for us. It always feels a lot like going to pay respects, for we wouldn’t have the out and proud lifestyle we do today if not for the events that took place there.

You might not know, but the Stonewall Inn became a national monument in the national park system in 2016. It’s the first national park site dedicated to LGBTQ+ history. As avid national park-goers, knowing that it’s federally protected is a proverbial cherry on top.

Having it acknowledged on a national level is a big deal, especially when so many states are trying to keep our history from being taught and trying to roll back the rights we’ve achieved. LGBTQ+ history IS American history. We won’t be overwritten, and we won’t be erased from the tapestry of this country 🇺🇸 🏳️‍🌈.
We need allies and friends like those present within the NPCA who work to highlight and preserve places that reflect our diverse population. Not only do they do amazing groundwork every day of the year, but they spearheaded the campaign and created the petition that would preserve Stonewall for generations to come. They continue to advocate for a visitor center to be established at or near the area so the public can learn more about essential figures like Marsha P. Johnson, Sylvia Rivera, and Stormé DeLarverie.

These events at Stonewall might feel like long ago, and we might have come a long way since then, but one thing remains the same: the push to secure human and civil rights. Let us all look to Stonewall as a symbol of courage, hope, and perseverance. Let us keep moving the needle forward for future generations to be free to live and love authentically. 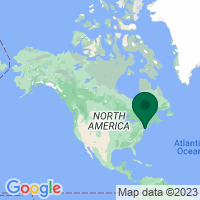 “the parks within the system aim to tell the full American story and preserve these sites so those very stories live on for generations to come!”