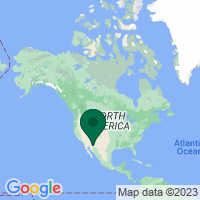 In the 1540s, Francisco Vasquez de Coronado led 339 European soldiers and more than 1000 Aztec allies on a quest for gold through the Southwest. The expedition didn't find treasure, but it did have an enormous impact on the culture of the region. The memorial is located in a region known as Sky Island where four major biogeographic provinces meet. As a result, the park features a varied geology and rich biodiversity.