Last October (2013) we had our whole vacation to Arizona planned, for well over 6 months ahead of time. We were hoping to see the North Rim of the Grand Canyon, along with many other Parks in Arizona…until the shut down happened. We decided that since all our reservations for plane and hotels were already made, we went anyway. October 1st we were in Page, AZ, having just arrived there. We couldn’t believe that our government would go ahead with this threat and I can’t begin to tell you how many disappointed people we met, not even to mention those Government employees who were still on duty for security purposes. They were just as unhappy about it as we were, and we couldn’t hold them responsible for the stupid decision Congress had made, acting like children over not making a decision to balance the budget. Bus loads of tourists from different countries were turned away, and could only peer through the chain link fences and hope to get a glimpse of what lay beyond it. At least they kept the parking lot open here at the dam and we could actually SEE it. But were so disappointed in not being able to go down in it like we had planned. Our plans to see the North Rim of the Grand Canyon and every other Park in Arizona we had hoped to see while there had been ruined. But one thing wonderful happened…the Navajo Nation welcomed us with open arms. We got to see Monument Valley and Antelope Canyon as well as Horseshoe Bend. The places we had not even intended to see, we saw. And are we ever glad we did. So our vacation was saved! Someday we hope to return to Arizona and see the North Rim and the Parks we sadly missed. But one thing I will tell you is that I will remember this and those that helped cause it and take what little power I have and use it in the voting booth… I have a long memory, just like a elephant. ;-) 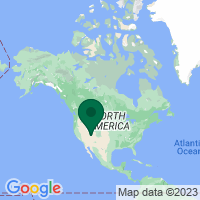 The 1.2 million-acre park spans the scenic desert landscape from bottom of Canyonlands National Park to the tip of Grand Canyon National Park, including buttes, cliffs, canyons, and mesas. The park also contains the Glen Canyon Dam, which was completed in 1963, creating Lake Powell and changing the surrounding environment dramatically. Visitors can kayak the Colorado River which flows through the canyon, hike or mountain bike along the Orange Cliffs and Burr Trail, or take scenic drives along the back roads.

“I believe in what Theodore Roosevelt started and people like John Muir spoke of, and Ansel Adams captured on film... it is something that should be preserved for all the generations that follow us. We all need to get lost in the beauty of the wilderness, to soothe our souls, and remember how fortunate we are to have it because of those who loved it enough to keep it as it is for us to enjoy.”