Ten Reasons Why Death Valley is to Die For

Death Valley is one of America’s most “to die for” National Parks, and it’s one of my favorite places in the world. I’ve visited the park perhaps nine times in four decades. It’s a must-see National Park if you like natural beauty, mountains, the desert, or history. Here’s why:

Death Valley, situated about three hours west of Las Vegas in the Mojave Desert, is a region of extremes — it is the lowest in elevation, the hottest in temperature and the driest in recorded rainfall in North America. It’s also one of the quietest places, and perhaps the darkest region of the U.S. at night. It’s not so much a single desert valley as much as a region consisting of several valleys, plateaus, and mountain ranges in Eastern California’s Mojave Desert. Its name comes from pioneers (the Lost 49ers), who struggled to cross this part of the frontier in 1849. The hottest air temperature ever recorded on Earth is 134°F (57°C), which occurred July 10, 1913 at Furnace Creek Ranch, which is #1 on my list:

Photo caption: Racetrack Playa: this is one of my favorite pictures from my trips to Death Valley, because it was so hard to get there. It’s a three-hour drive (one way) in a high-clearance vehicle. We rented a Jeep for the day. Photo: Valerie Coffey 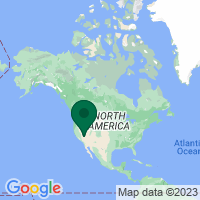 A world of extremes, Death Valley is the nation's driest, hottest and lowest place, but also features mountains over 11,000 feet high that experience below-zero weather and snow, as well as colorful badlands, sand dunes and canyons. Its dramatic mountains, valleys and dunes are world renowned for their complex and diverse geology. The park also contains a wealth of well-preserved archaeological sites and petroglyphs.

“The U.S. National Parks are incredible natural treasures. They are gifts we are lucky to have, like nowhere else in the world. Their conservation and stewardship are responsibilities of our country, for all Americans to enjoy for generations. ”