Nature, in general, acts as a filter that removes excess and simplifies life into three core elements: traveling, replenishing the body with water and nutrients, and resting. The stress of day-to-day living, the monotony of a routine, the pressure to compete at a workplace, all falls away – the reward being temporary relief from the complexities of modern life. There is something about mountains however, that dives deeper; drawing forth certain hidden characteristics of an individual that allows each to connect with a deeper sense of self-knowledge regarding physical limitations, risk analysis and respect for nature.

The symbolism found in the journey from base to summit is not unlike a gauntlet; that ancient rite of passage used not only to punish, but also to measure attributes such as fortitude and strength. Each mountain in the Northern Cascades has a personality, or set of unique challenges, that tests the mettle of climbers in similar fashion. Terrain varies from talus deposits to glacial fields with crevasses, which, depending on the weather, range in risk and difficulty. Regardless of such dangers and challenges, there is some unseen force that attracts people to these locations for a multitude of reasons; usually, to measure strength of character and alpine skills.

Personally, my ulterior motive for climbing in the Northern Cascades was to create drawings and pieces of art on location. Each morning from base camp, I grabbed my journal or the small cuts of watercolor paper I prepared, and began throwing down ink and paint while the sun rose on the horizon. These journal entries and art pieces express more than just a visual representation of the landscape, like some photograph. Instead, they express all of the human elements leading up to the moment, which truly encapsulates the experience of being present in nature. Over the course of a week, I climbed and summited Mt. Shuksan and Black Peak, pen and paintbrush always at the ready. 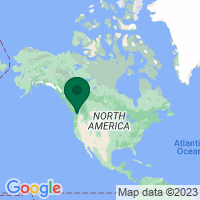 North Cascades National Park Service Complex encompasses 684,000 acres of wilderness, trails and rivers, as well as Ross Lake and Lake Chelan National Recreation Areas. In this vast terrain are jagged mountains, hundreds of glaciers and old-growth forests that have never been cut, with large, magnificent trees and tiered canopies of fir, hemlock and cedar. The snowy winters at this park produce stunning waterfalls in the spring — a phenomenon that is so beloved, the Cascade Range is named for them.

“Exploration takes place when an individual purposefully experiences or investigates something that is unfamiliar. I support the national parks because they are the perfect places to rediscover the wholesome places of the world, and the wholesome aspects of the self. ”