Two years ago, my family and my sisters’ family embarked on a trip through Bryce, Yellowstone and Grand Tetons. It mirrored a trip that our grandfather took my sister and I went on when we were seven and four. We know that we made memories in those magical places that our children will treasure when they are adults. 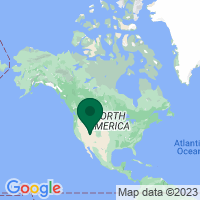 This popular park is most famous for its colorful hoodoos, and there are more of these artfully eroded spires here than anywhere else on Earth. The area is not actually a canyon, however, but a series of amphitheaters which feature remarkable rock formations and extensive forests dominated with conifers, including ancient bristlecone pines. Together with Zion and Grand Canyon National Parks, Bryce Canyon is part of a geologic wonder known as the Grand Staircase, an immense area of rock with layered sedimentary formations ranging from 600 million to 2,000 million years old.