Back in the late 90’s I attended a conference in Denver. Being from NJ, I had always wanted to visit Rocky Mountain National Park. The week of the conference was sunny and 70’s and April was evident. The day after the Conference I had planned on driving up and seeing the Park. Of course on that day it rained and snowed. Well, I got up and hit the road at 4 am and made it to Estes Park. After encountering a herd of about 100 elk at the entrance I drove into the Park and saw a sign for Bear Lake. Not knowing where I was going, it sounded like a good idea. The weather at the start of the road was a small amount of rain. As I drove up the road, that changed to snow and by the time I got to the Lake, it was snowing hard. Since I was only wearing sneakers, I did not even get out in the 5 inches of snow, but started driving back down. About half way down, the car slid and would not stop, As it neared the edge of the road, I saw we were about to go over a good sized cliff with no guard rail. Finally the car slowed enough so that when it reached the edge, it hit a wooden post and stopped. All in all, a frightening experience. Couple that with the fact that five minutes later a huge snow plow came barrling up the road and just missed me. I have since moved to Colorado and now I am very happy to be within an hour of the Park and to serve as a Volunteer Ranger. 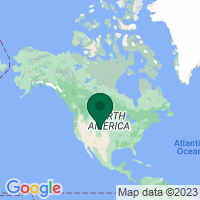 Rocky Mountain National park offers breathtaking views of the spectacular Rocky Mountain range, with 60 peaks over 12,000 feet, small permanent glaciers, lakes, waterfalls, and historic and cultural treasures including ancient trails, game drives, cattle ranches and lodges. This park’s rugged landscapes harbor hundreds of high-elevation plant and animal species — some that are increasingly rare outside the park or are found nowhere else. Some of the park’s human-made structures speak to the boom-and-bust cycles and neverending search for adequate water supplies that characterized the nation’s westward expansion.

“You have to give something back”