The desert in late December is really cold, but also a great time to visit Joshua Tree National Park because there are fewer crowds and it was incredibly peaceful. My family and I visited just after Christmas and while we were only there for a few days, we were blown away by the serene nature of the park and the unique rock structures and plants. We hiked through the park, climbing up various rock formations that we encountered along the way and taking pictures in front of notable ones like Scar Face Rock. Though the landscape was interesting, we ultimately found the best part of the trip to be at the very end when we drove to the Cholla Cactus Garden because the huge expanse of cacti was truly unbelievable and something that none of us had ever seen before. 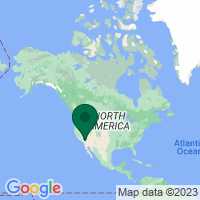 This iconic park preserves portions of two spectacular desert ecosystems. The Colorado Desert in the eastern portion of the park features natural gardens of creosote bush, ocotillo and cholla cactus. The higher, slightly cooler Mojave Desert offers dazzling vistas of Joshua trees and yucca. The vast park also contains spectacularly sculpted formations of a type of rock known as monzogranite and is a mecca for rock climbers around the world.

“My family and I have visited more than 15 national parks and while each one has been very unique, each and every park has been a place where our family bonds in nature. ”