Hurricanes and other disasters are harming our parks. NPCA is advocating for more resources to help staff prepare before emergencies strike.

In late September, Dry Tortugas National Park in the Florida Keys took a direct hit as Hurricane Ian made U.S. landfall. The storm damaged the park’s infrastructure and facilities, including those at one of its signature features — 19th-century Fort Jefferson. Areas of the park, including the fort, remained inaccessible to visitors for weeks. Everglades National Park’s Gulf Coast section was also badly hit and is not expected to reopen for some time. Many of the affected structures were temporary facilities created after extensive damage from Hurricane Irma in 2017.

Overall, national parks fared far better during Ian than neighboring communities in southwest Florida. They also did not experience the extensive damage associated with the record-breaking hurricanes Harvey, Irma and Maria five years ago or from Hurricane Sandy 10 years ago, which several parks are still recovering from today.

What can be learned from these storms? Can park staff strengthen the parks’ resiliency to prevent similar damage in the future? What is NPCA doing to assist?

A pier at Dry Tortugas National Park that was heavily damaged by Hurricane Ian in late September 2022.

The Impacts of Past Storms

This month marks the 10th anniversary of Hurricane Sandy, which destroyed entire communities, shuttered businesses and caused extensive damage to more than 70 national parks along the Atlantic Coast, including the Statue of Liberty and Ellis Island. The total cost of damage reached more than $70 billion. 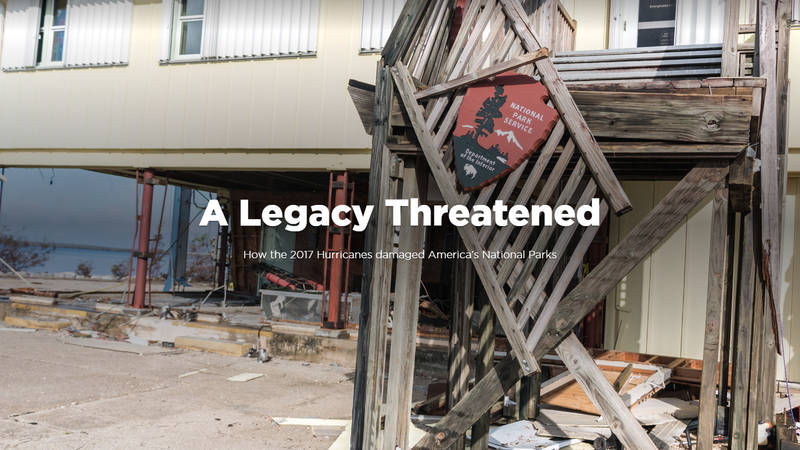 See images of the devastation caused by Hurricanes Harvey, Irma, and Maria.

We’ve also just marked the fifth anniversary of Harvey, Irma and Maria in September. These hurricanes impacted more than 50 national park sites in nine states and territories in 2017. While some parks were closed for only a couple of days and experienced minimal damage, others closed for nearly a year.

Temporary structures put in place at Everglades National Park after 2017 hurricanes, such as this one, were damaged again during Hurricane Ian.

Incident Management Teams comprised of Park Service staff from across the country were deployed to parks with the most extensive damage. Following Hurricane Irma, in South Florida alone, NPS mobilized more than 400 park rangers and staff from more than 100 national park sites in 38 states to assist with recovery efforts, further straining staff and resources across the National Park System.

High water in and around Fort Jefferson at Dry Tortugas National Park after Hurricane Ian hit the area in late September 2022.

After Sandy hit, NPCA immediately went to work with coalition partners to help secure nearly $900 million for the Department of the Interior to help with recovery. The funds supported multiple federal, state and city agencies’ efforts to restore and rebuild the parks in smarter and stronger ways.

Together with our partners, we identified 20 shovel-ready projects that provided environmental benefits, improved public access, and enhanced economic opportunities and flood protection for the Northeast region. Likewise, after the 2017 hurricanes, NPCA helped secure $207 million to rebuild park infrastructure in the Virgin Islands, Everglades, Dry Tortugas and other damaged sites, as well as $50 million for the Historic Preservation Fund.

Today, every one of our more than 420 parks is experiencing some of the worst effects of the climate crisis. As extreme weather happens more frequently, we’ve seen the kind of devastation that lies ahead if we don’t better prepare our parks before disaster strikes.

1) Encouraging Congress and the Biden administration to include national parks in emergency natural disaster funding beyond the regular appropriations process.

This allows parks to repair and rebuild more resiliently to reduce the impact and costs of future weather events. The damage from these disasters combined is so great in magnitude — estimated in the hundreds of millions of dollars — that absorbing the enormous cost of these disasters would only set back efforts to address other longstanding infrastructure needs.

2) Making sure that parks and communities have the resources to better plan and prepare for climate risks and vulnerabilities.

This includes better understanding and anticipating the extent and impact of future disasters, as well as the strategies to mitigate their consequences. 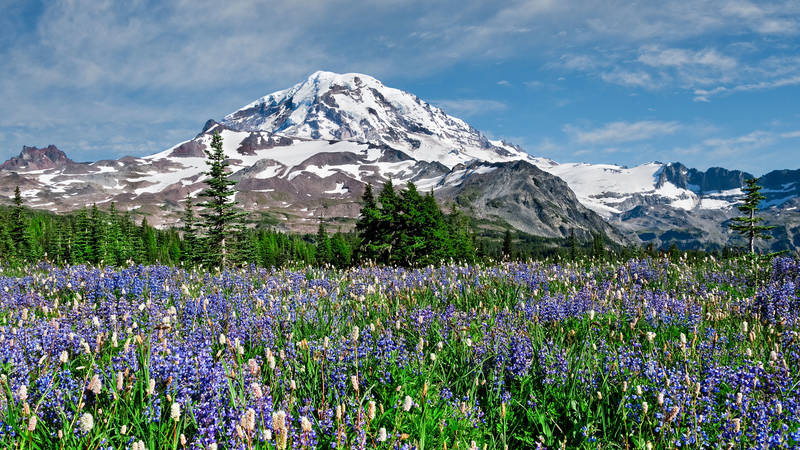 Wildflowers at Mount Rainier in Washington 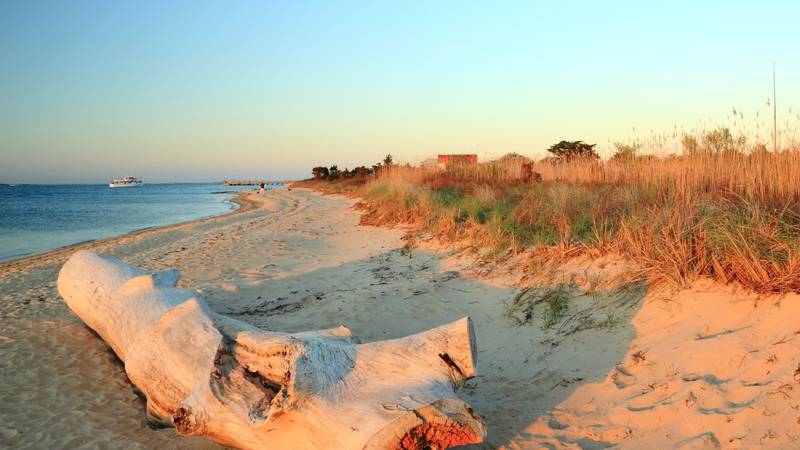 A large weathered driftwood log on the beach on Long Island Sound in the late afternoon sun.

Along the coasts, parks such as Cape Hatteras, Fire Island and Harriet Tubman Underground Railroad could be lost to rising oceans and increasingly powerful storms. Park staff and residents in the communities that surround the parks need to be prepared so landscapes and irreplaceable cultural and historical assets can be protected.

3) Advocating that a portion of the Inflation Reduction Act funding be directed to immediate needs so parks can better prepare before disasters strike.

The Inflation Reduction Act is the nation’s largest-ever legislative package addressing climate change and was passed by Congress in August. NPS can use a portion of its $1 billion in new funds to conserve and restore vulnerable habitats; bolster the resiliency of natural, cultural and historical resources; and hire new park staff with scientific and preservation expertise to better protect park landscapes, structures, artifacts and other resources from rising sea levels, severe fires and floods, and extreme drought.

Through these approaches, NPCA continues its mission “to protect and enhance America’s National Park System for present and future generations.” The more we protect parks from the impacts of climate change now, the more they will protect people and wildlife for generations to come.